For some weeks now, moving about in parks and streets has remained the only possible leisurely activity outside our houses. Still, public space has become affected by measures of separation. The streets confront us with semi-legal guidelines and social taboos. We pay more attention to our bodies in the interaction with public space. Meanwhile, we have gotten fully saturated with digital approximations to viewing art at home. Amid these experiences, common space outside retains its value as a place to roam with all of our senses.

The Forage entangles itself in our relationship to the city and proposes some additions. The exhibition brings together a group of Berlin-based artists making works that complement, embrace, question or subvert their direct environment. The artworks open up a playful interaction with the people passing by.

The Forage is an invitation to rummage, to wander, to queer the Kiez in search for these treasures – follow the map all across Kreuzberg! 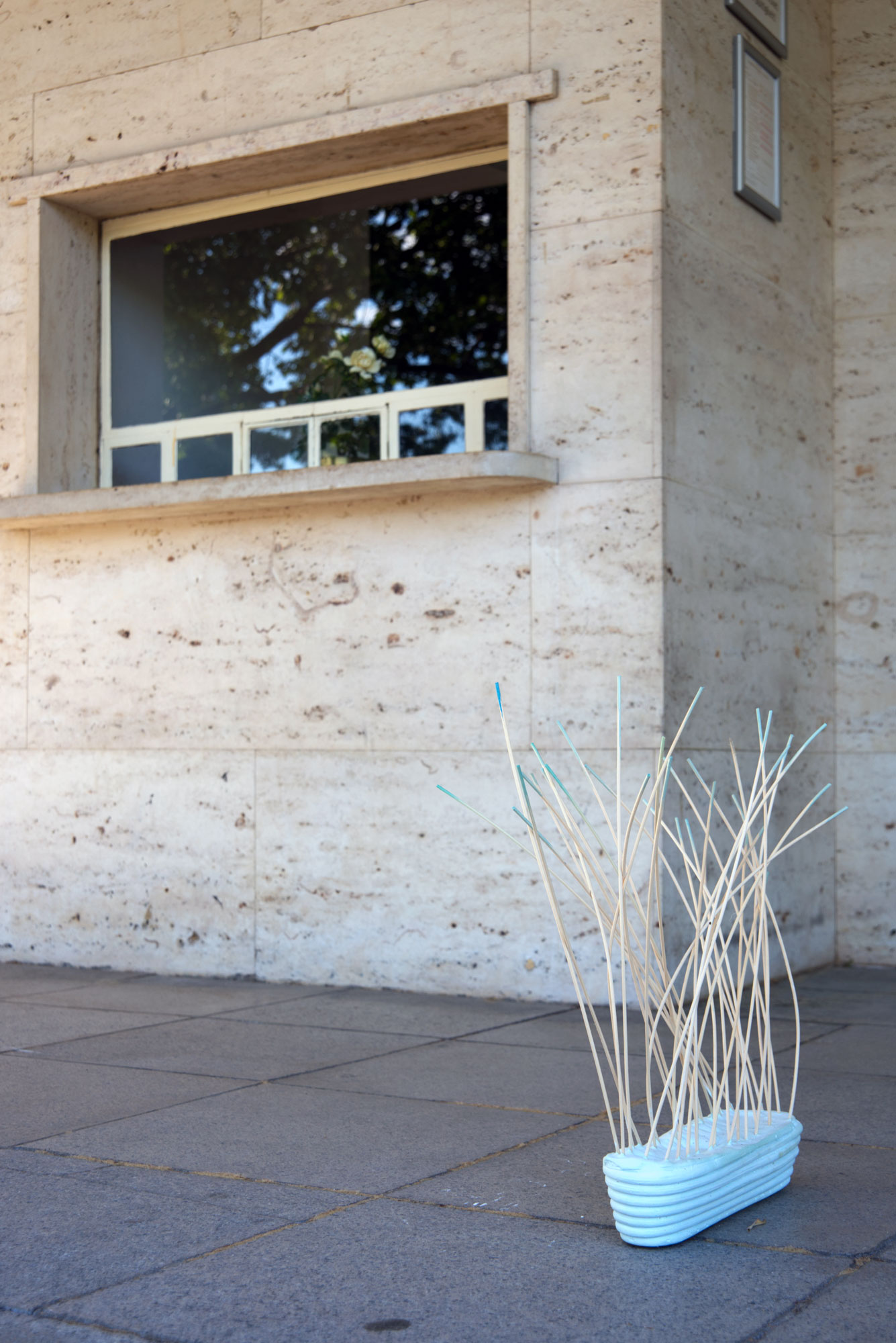 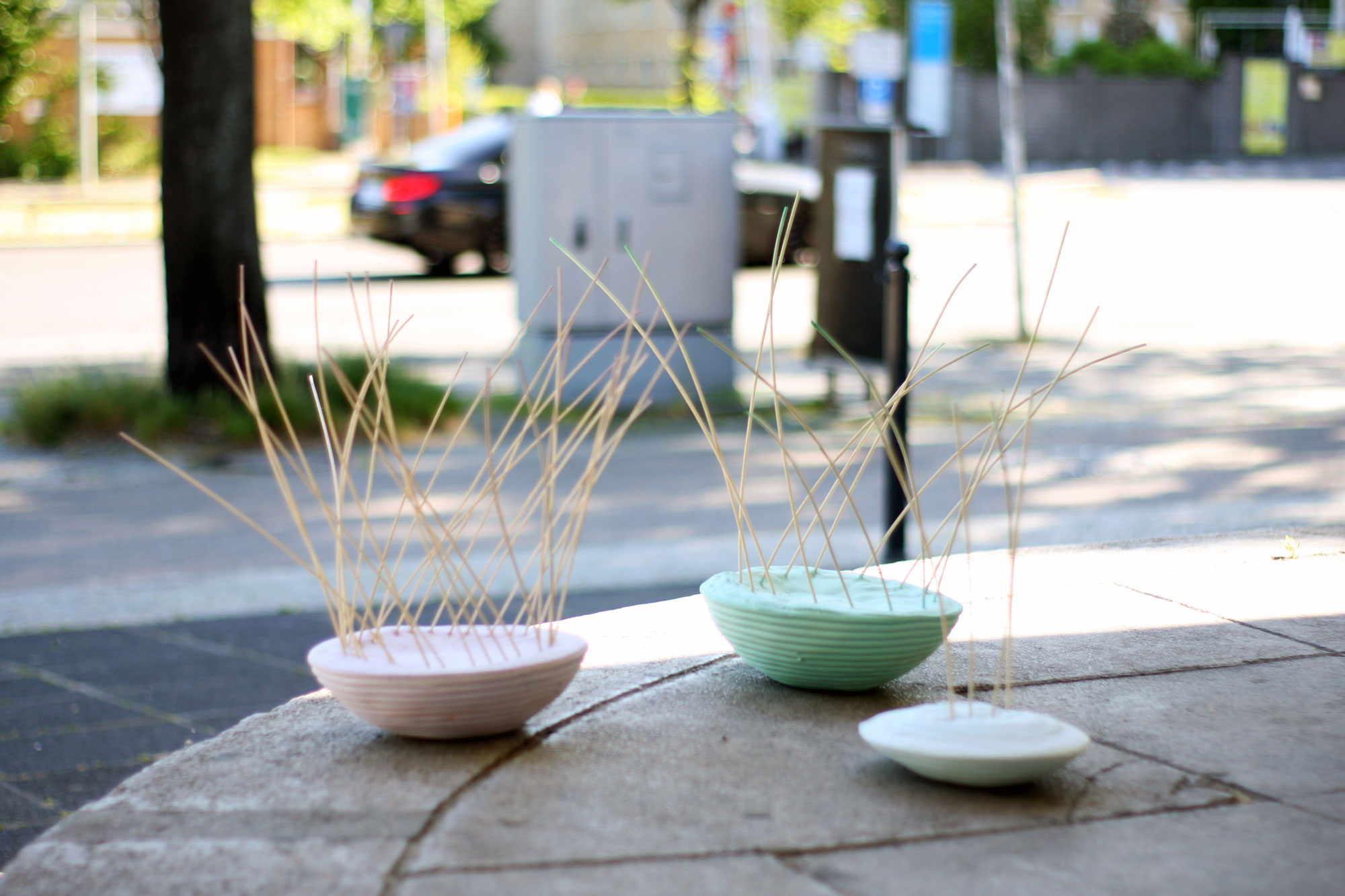 Leave to rise is a series of sculptures that takes up the Covid-19 phenomena of excessive bread baking. In the last weeks up to now, yeast became a scarce good only available at selective bakeries. At grocery stores the shelves for flour were almost as empty as the ones for toilet paper. Dough rising baskets, special baskets made out of wicker in which the dough is left to rise, were sold out. Instagram was full of proud people smiling next to their bread creations. It seems that in times where „staying at home“ became common sense people started to think of rye, spelt and sour dough. But what remains when the not so „system-relevant“ part of us gets send into short-time work by the state and the additional time is not able to be spent with the usual leisure distractions? The digital? Taking part in the transformative process of leavening and watching dough getting bigger and bigger may be an effective way to feel oneself as a productive individual. Furthermore it trains the impatient ones of us in patience — a skill highly useful during Covid-19 restrictions. As usual for Nicoleta Auersperg ́s work leave to rise incorporates process translated into static sculptures. She transforms objects that catch her attention, this time the dough rising basket, questioning their use and functionality. Materials that refer to traditional sculpture or handcraft are getting mixed and used in a non habitual way. Displaying the sculptures in front of the closed doors of the former Columbia theatre which is now used as a concert-hall emphasises on the current situation of the cultural scene. Amidst ever more pervasive virtuality, Auersperg’s works return us to a place of sustained examination of and reflection on the very ‘matter’ surrounding us and our role or potential within it. 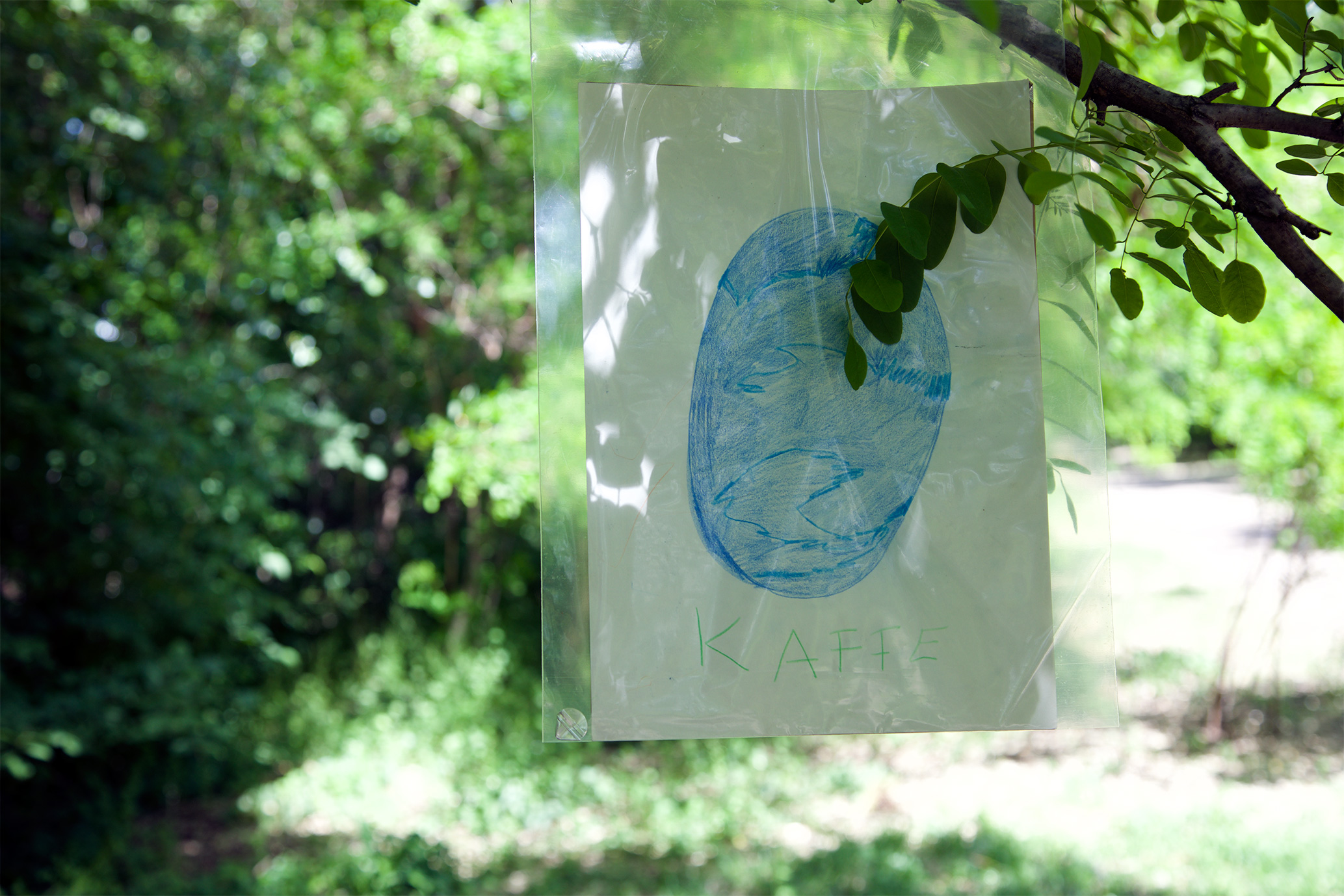 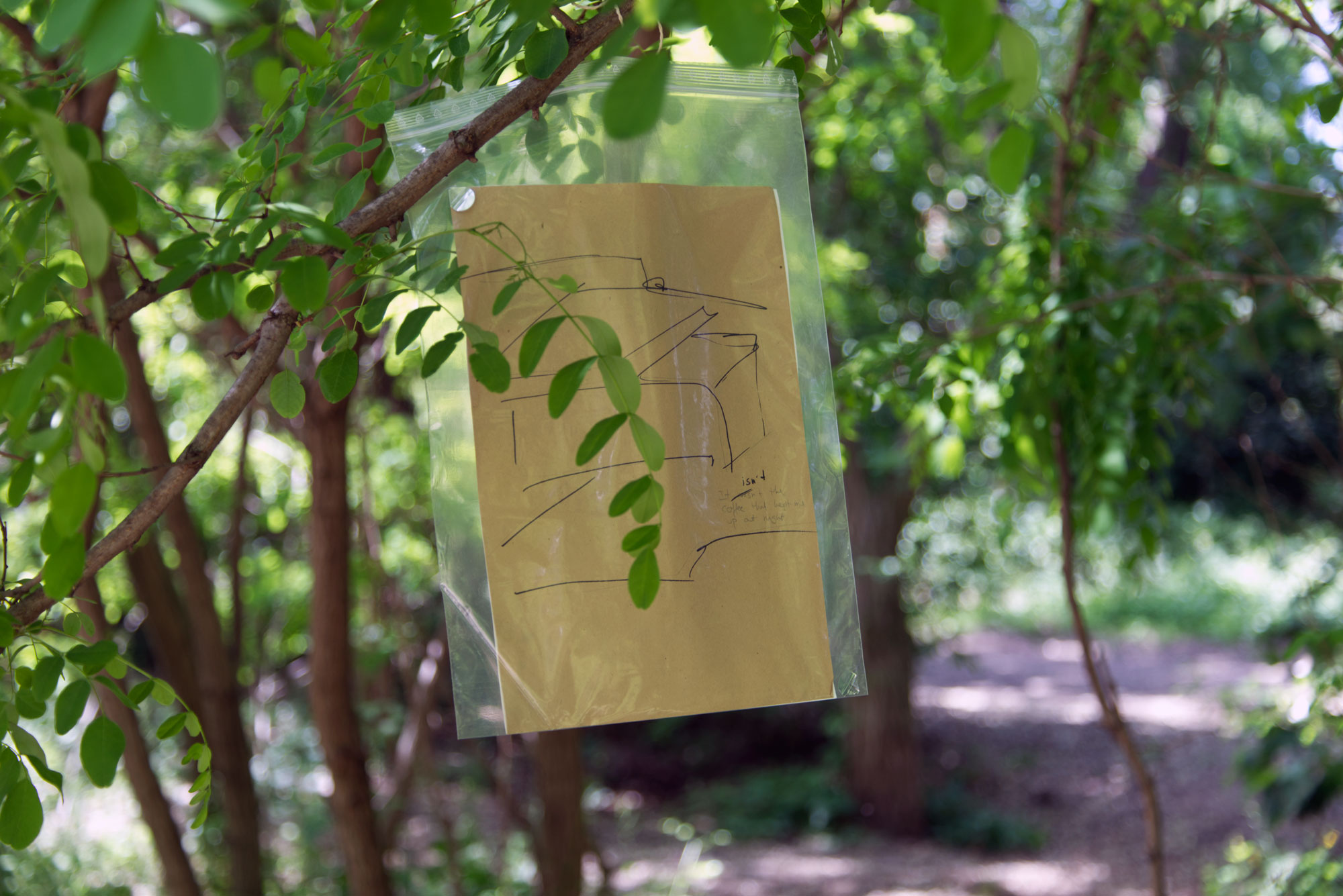 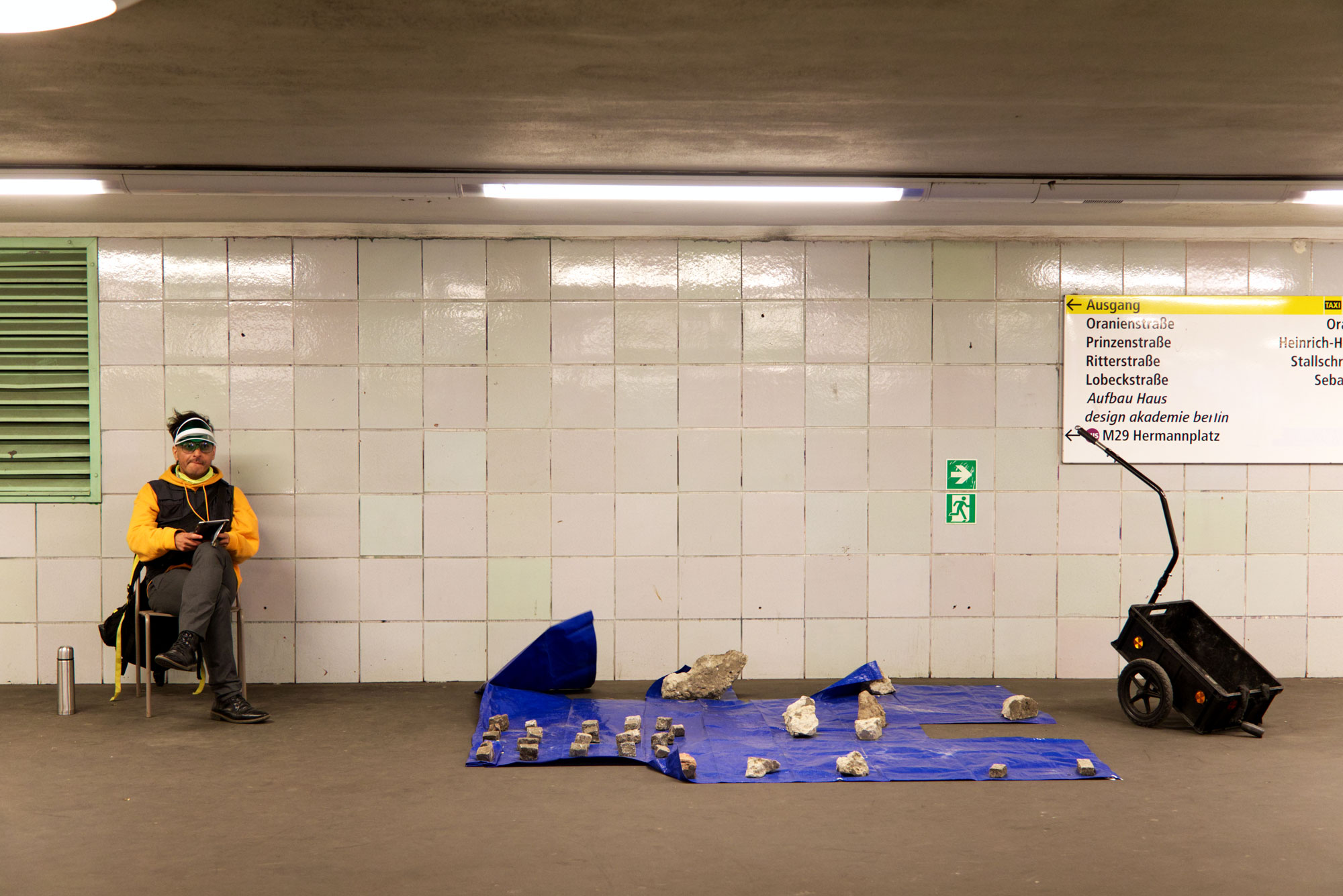 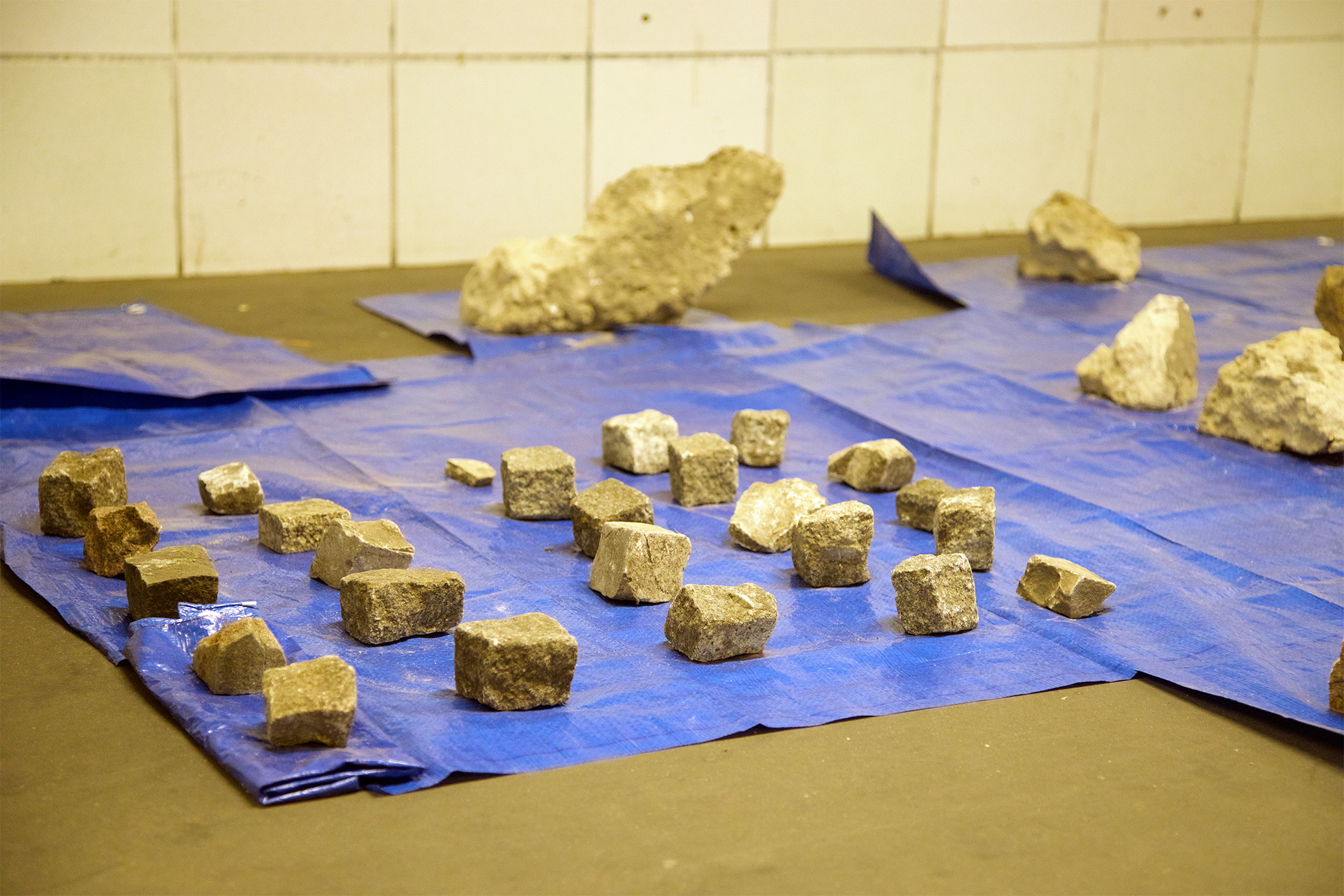 souvenir is an ephemeral exhibition of rocks, bricks and boulders found randomly in the city offered to the public as a hawker, peddler or street vender format. 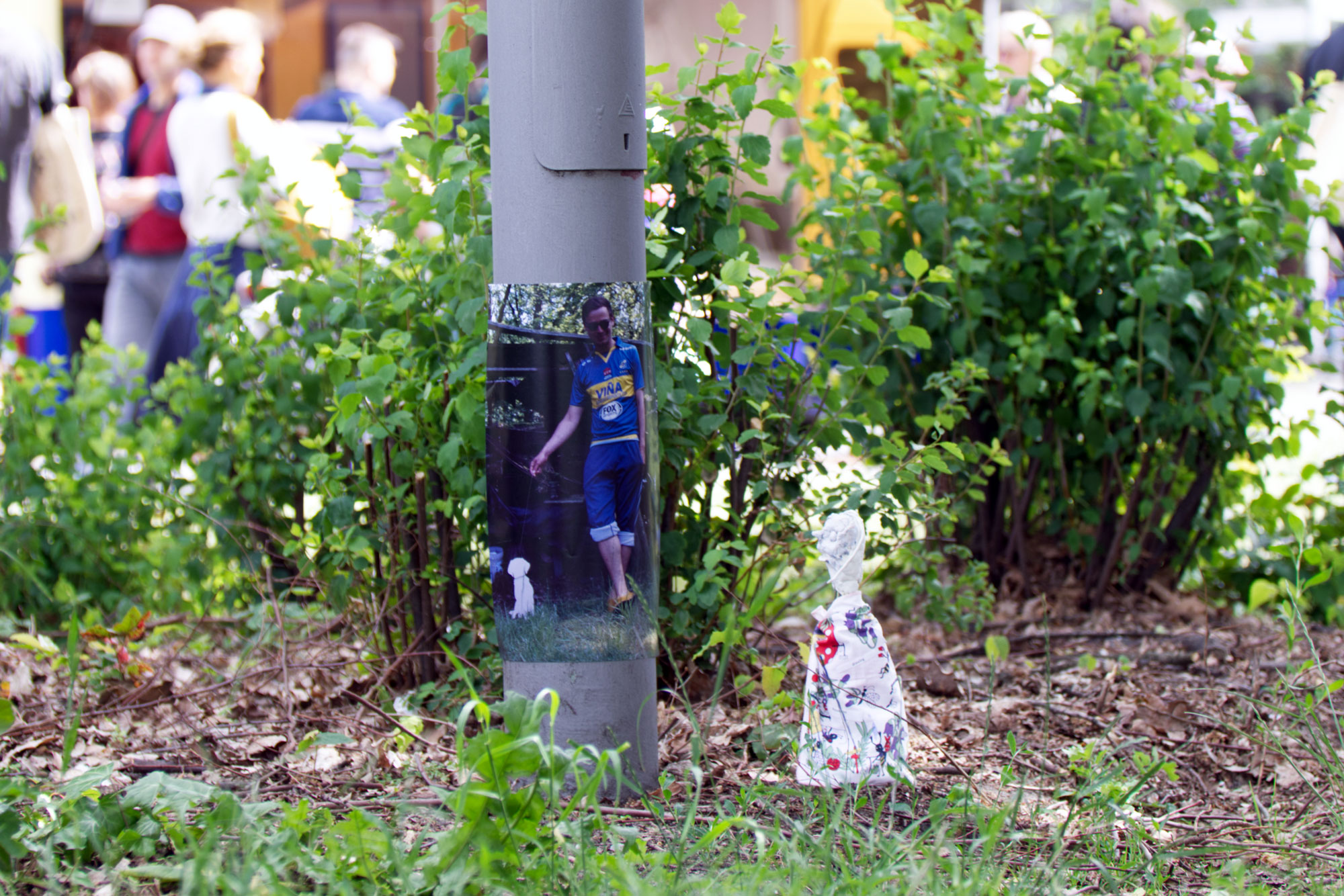 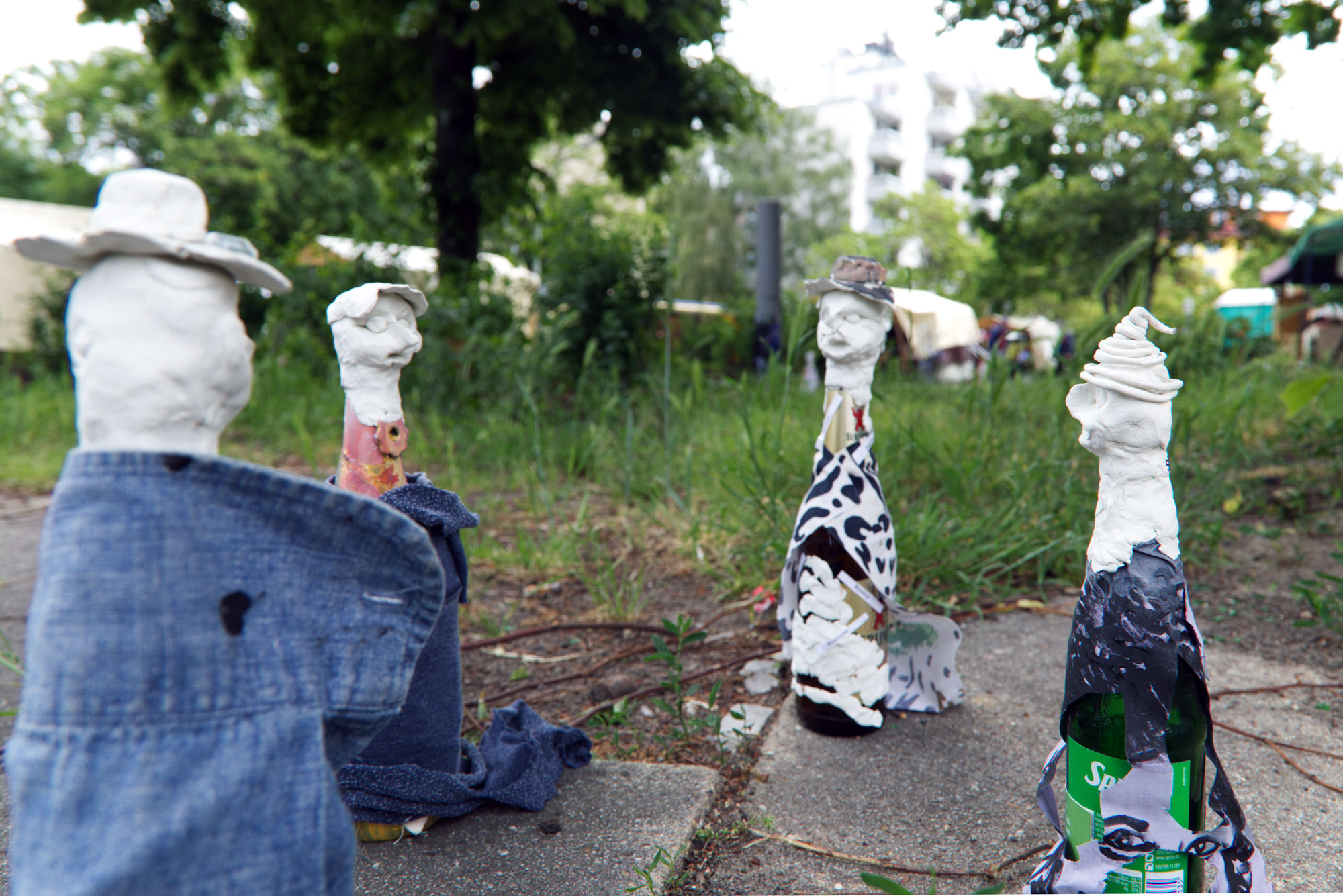 This seemingly ongoing series of bottle-sculptures results from my interest in stages and acting. In particular the kind of acting which is not clearly identifiable as such. This is only possible if one continues to perform outside a staged situation, in places where no performance is announced or asked for. Andy Kaufman is an important reference for my thinking about this. Another impressive example is the film "Die Generalprobe" by Werner Schroeter. This movie combines all kinds of performances.
Acting on stage first but then continued in the streets by the actors, alongside conversations with passers-by, friends of the filmmaker and a clochard who gets interviewed on life, love and death.
It is a wonderful film. And along those lines I'm happy to show the bottles off the stage, in the streets and close to Werner Schroeter. 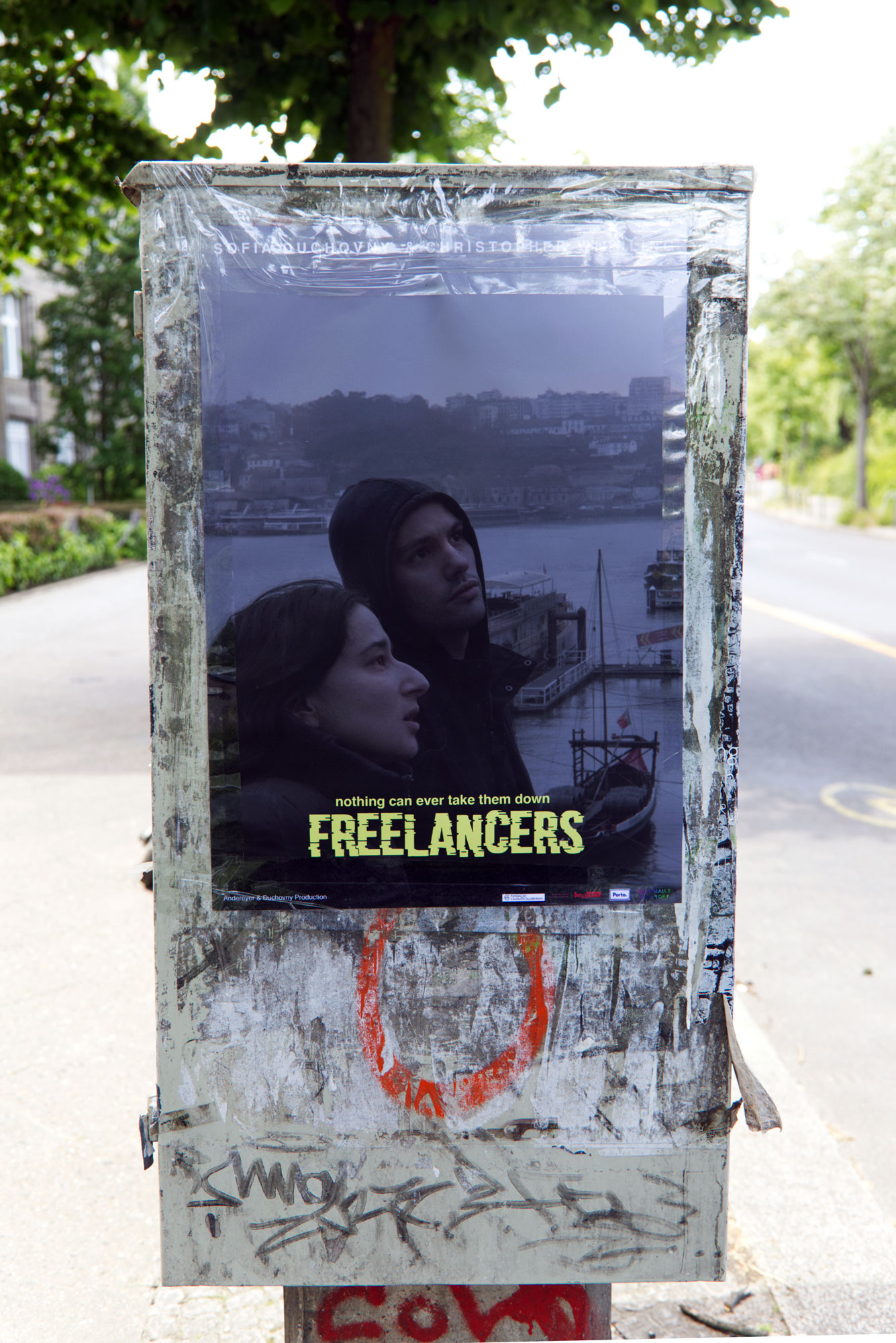 Movie Poster is a series of posters. Each one advertises a different fictional film while depicting the same actors, producers, sponsors et al.
The material for this work comes from the exhibition ‘Help, I’m bleeding Cranberry juice’ by Sofia Duchovny at the Kunsthalle Freeport in Porto earlier this year. The exhibition title is a quote from Vsevolod Meyerhold’s production of ‘The Fairground Booth,’ in which the means of theatre are disclosed and theatricality itself is put on stage. Cinematographer Maximilian Andereyer accompanied Duchovny’s trip to Porto and captured a blurring of the border between stage and authenticity, reality and fiction. 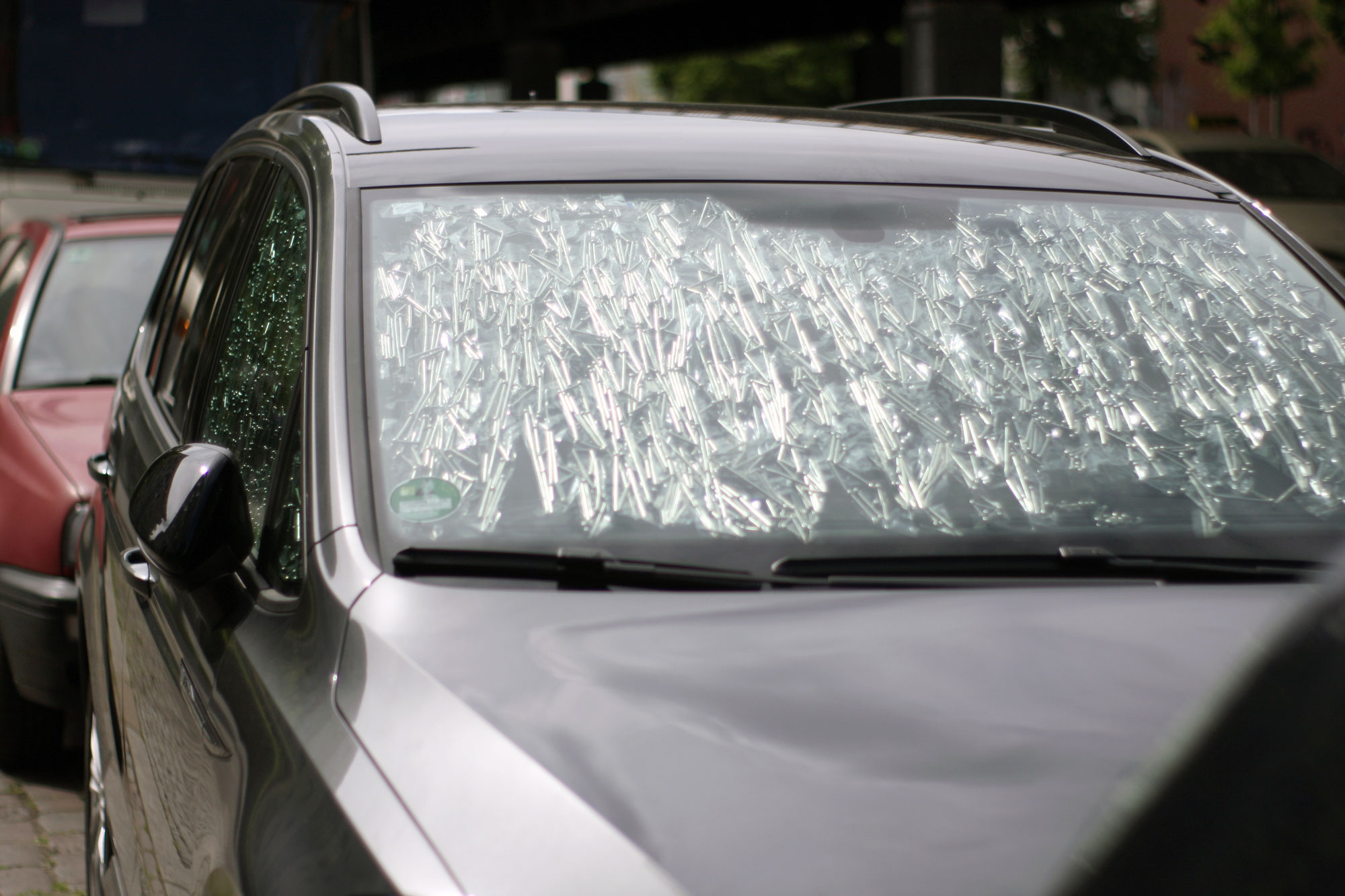 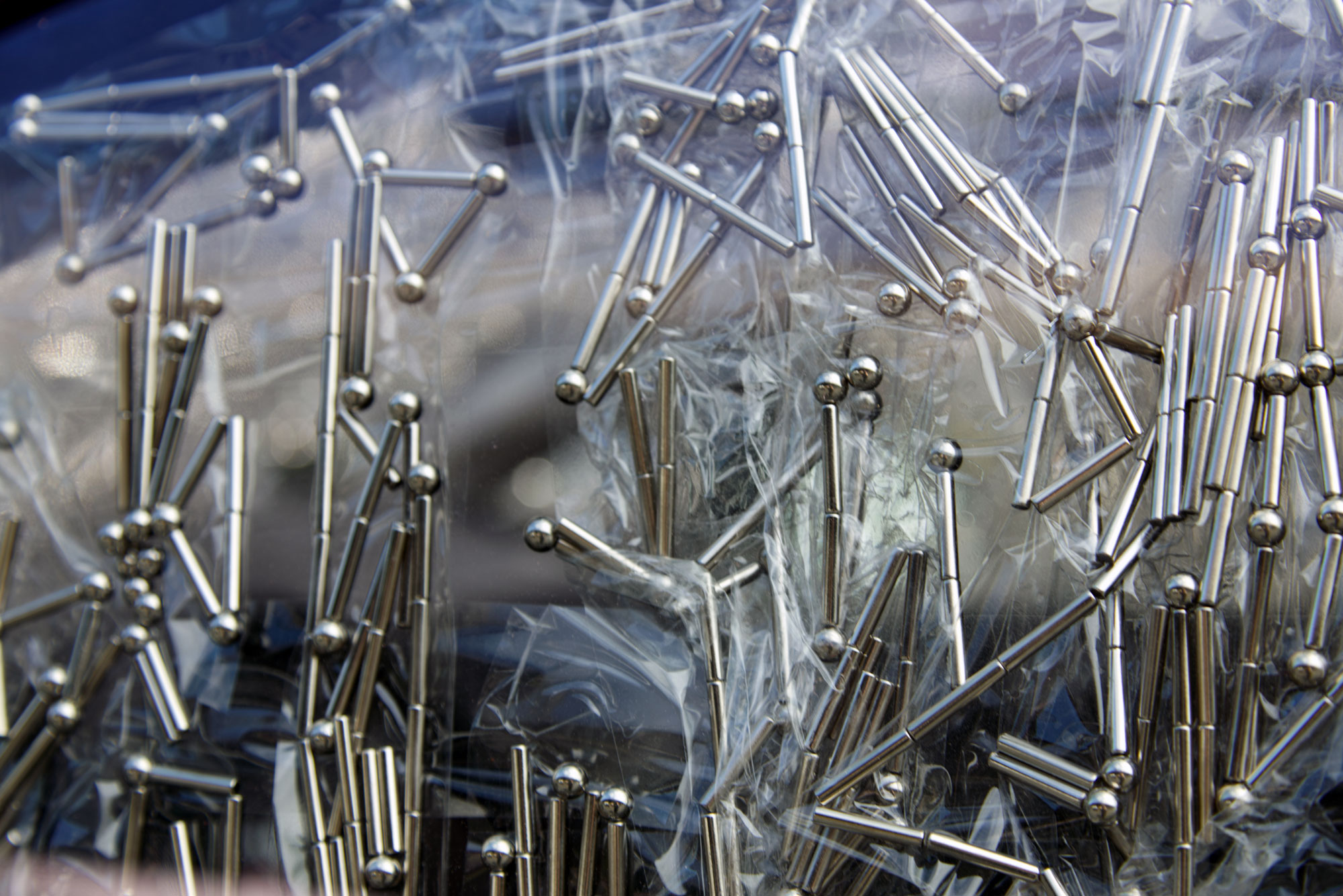 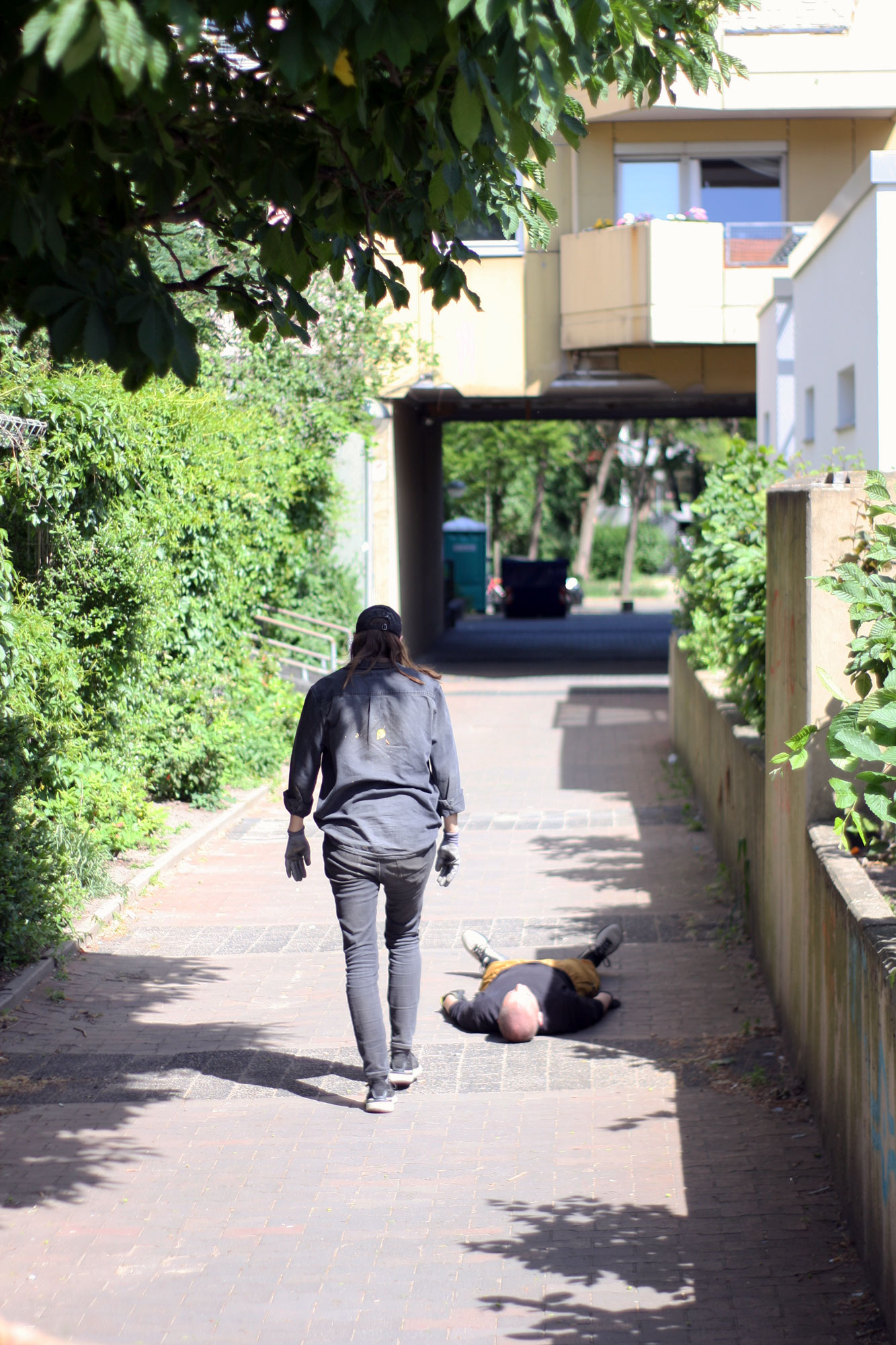 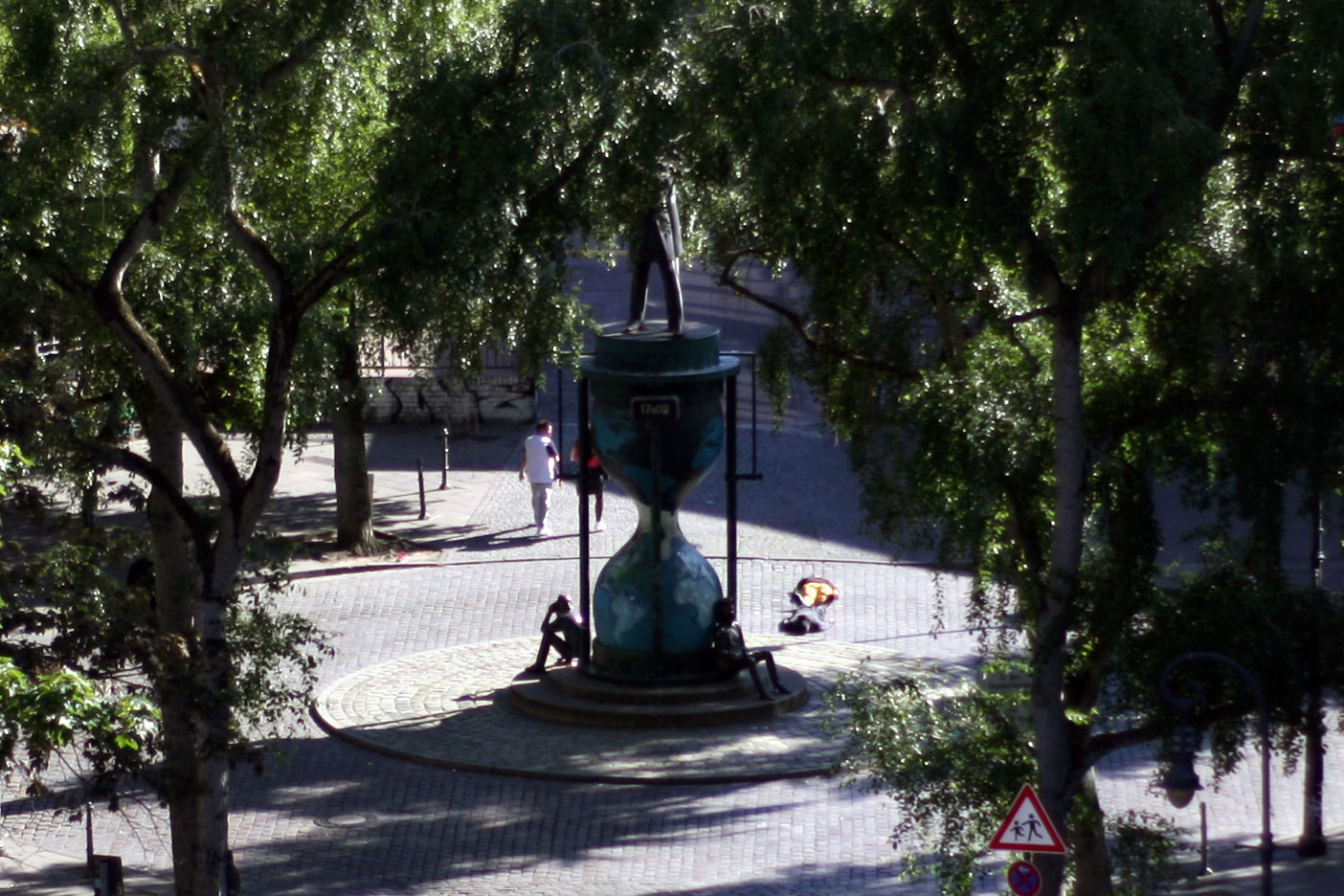 Two human bodies measure the distance between three coordinates in a vertical-horizontal dispersion. Remeasuring the distance undermines even the most seemingly solid grounds.
We feel a strong need for a company – as an unlearning and re-learning puddle – where we as queer identified intersectional feminist critters can intra-actively merge and become-with through new constellations. It is especially urgent in this timespace, when it has become clear that the transnationalist capitalist, anthropocentric and odd-phobic system only melt down the worlds resources, and limits our naturecultural queer potentials.
We imagine our “foundation”, the puddle, in all its muddiness to function as (a new) starting point which engage itself in the buildup of energy and the creation of new fault lines that disrupt, unsettle, and undermine even the most seemingly solid grounds.
This situation, Asphalt Sky Embodied Affinities, is part of the embodiment of this desire. 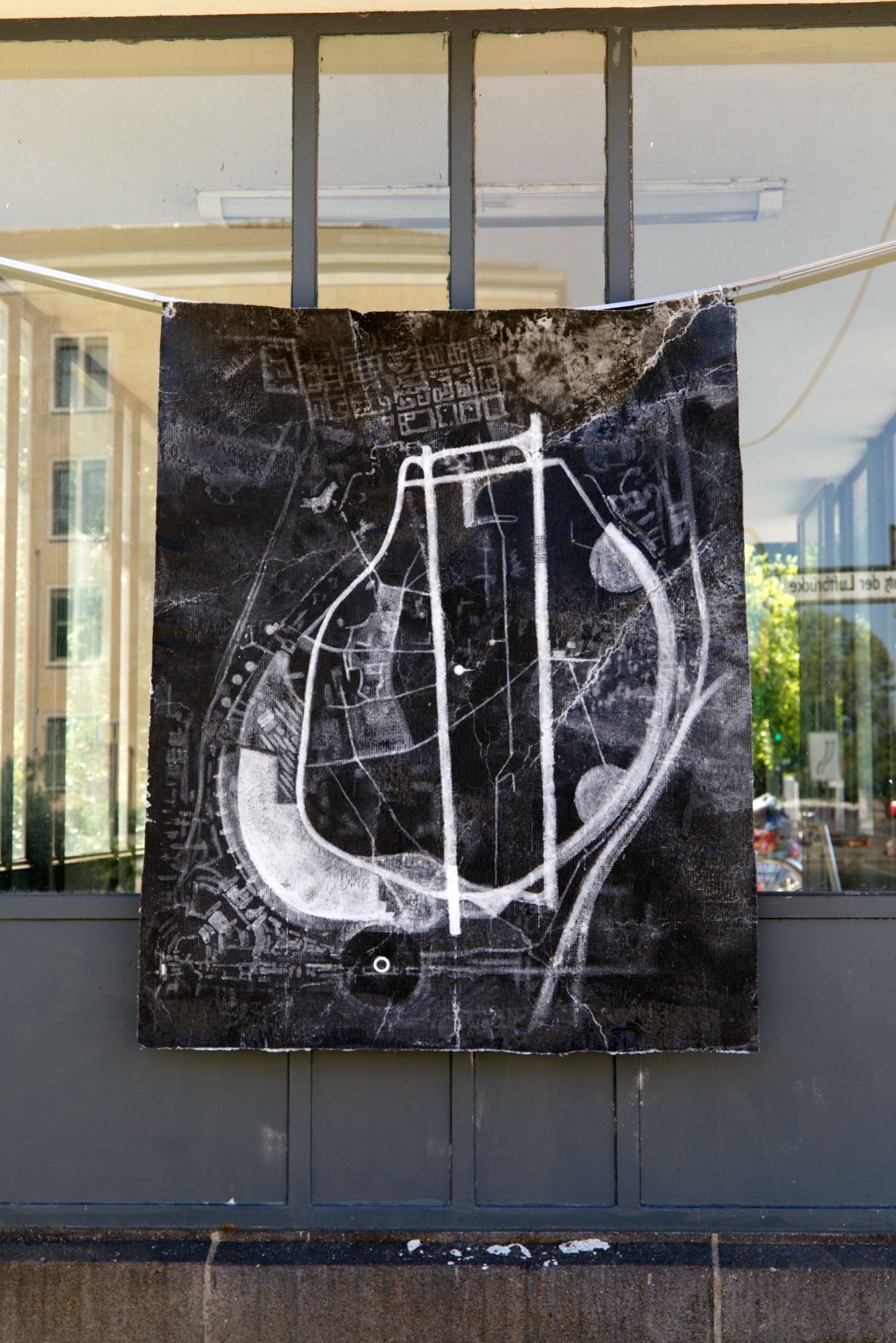 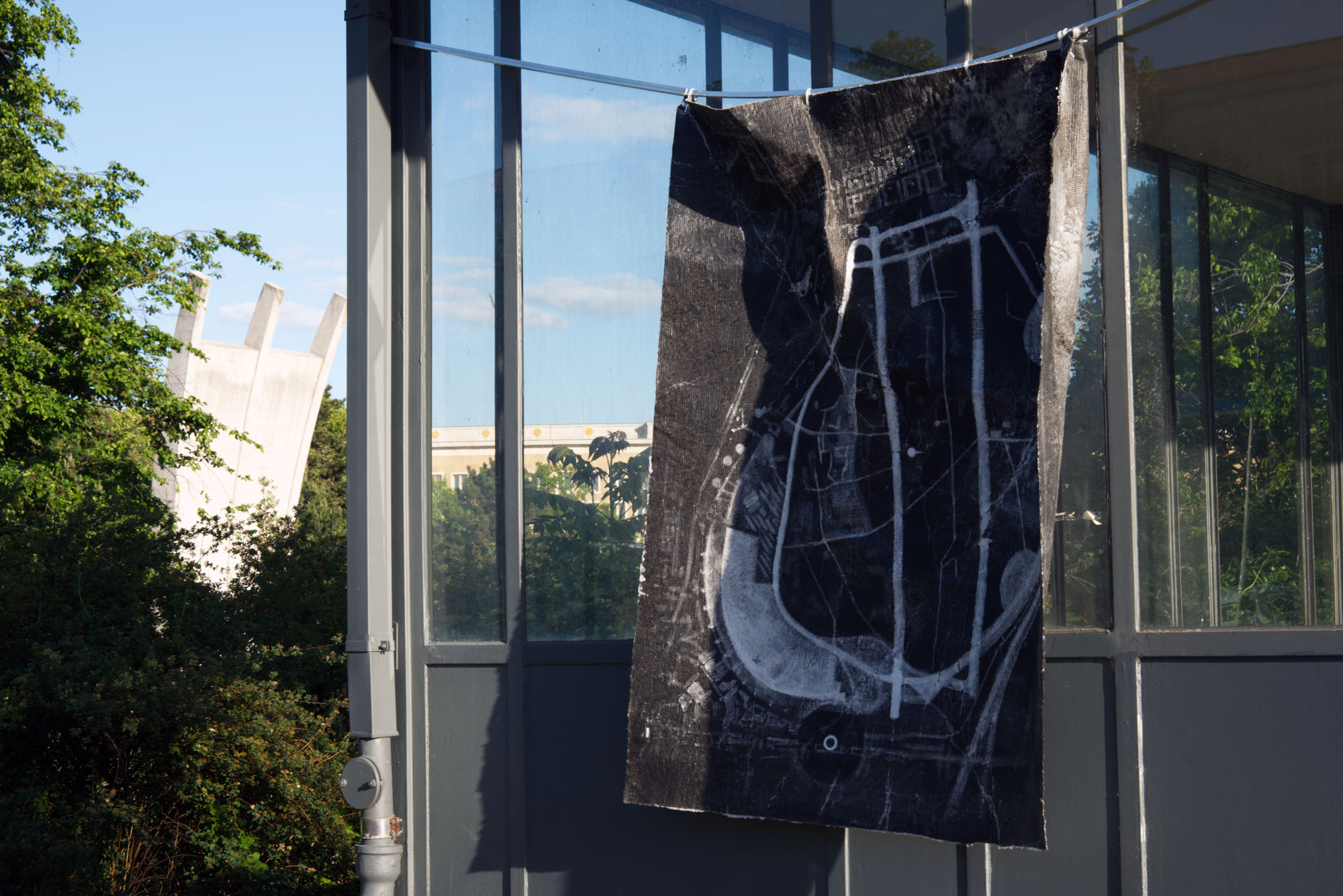 ...meanwhile still pondering on questions about temporality and the feelings they convey... 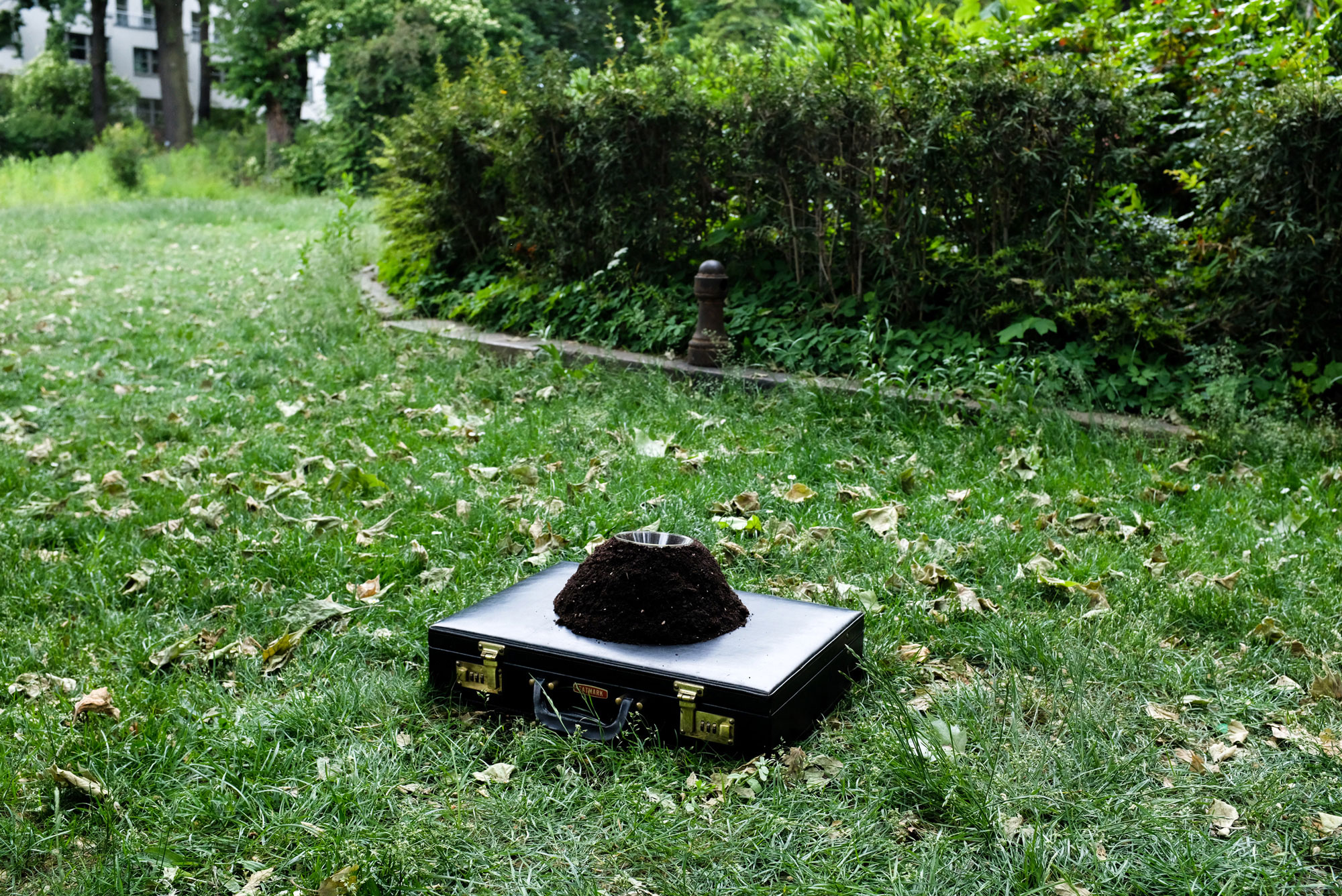 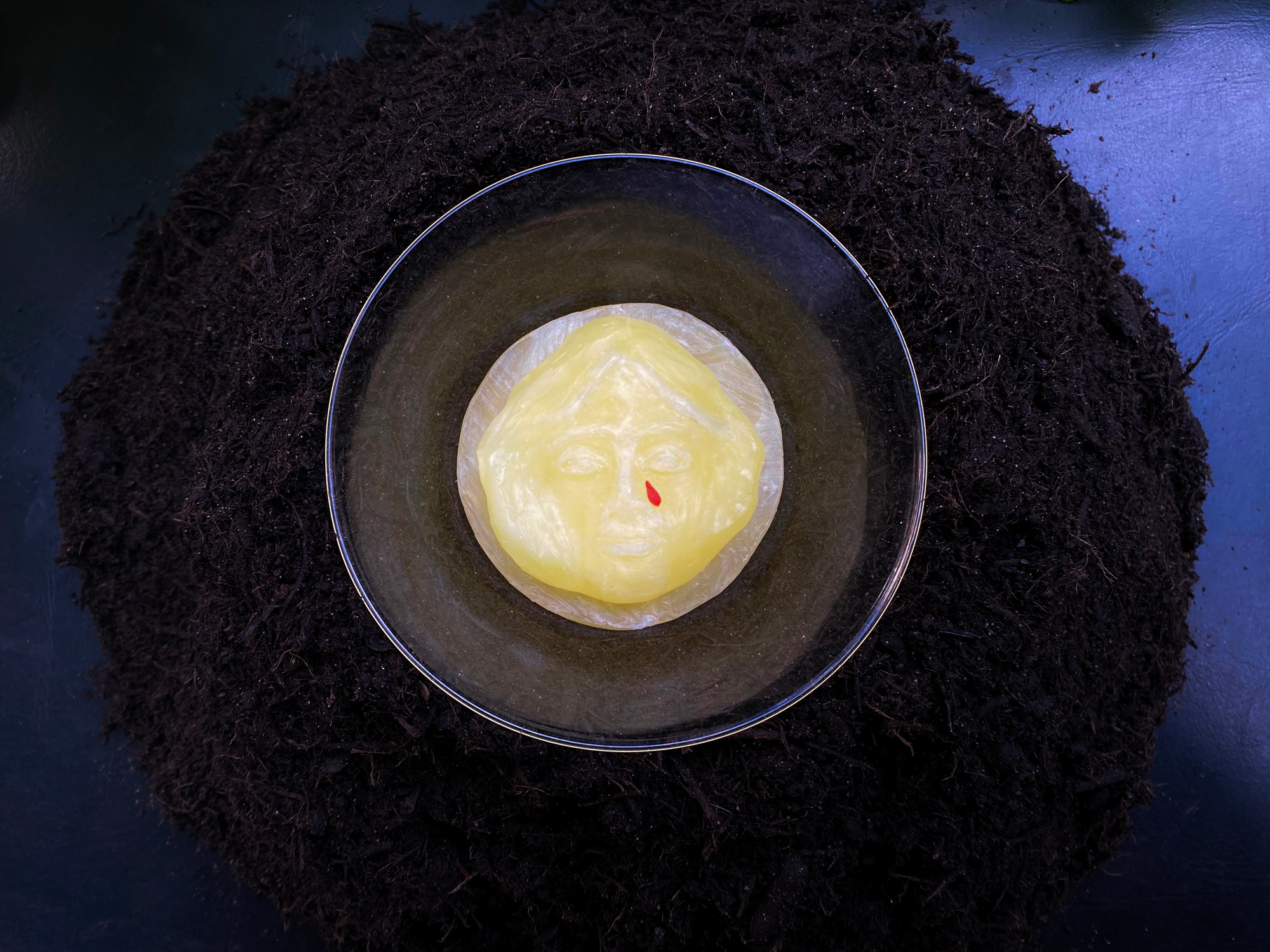 Dream of lawless absolute
Dispelled to reveal it in crisis 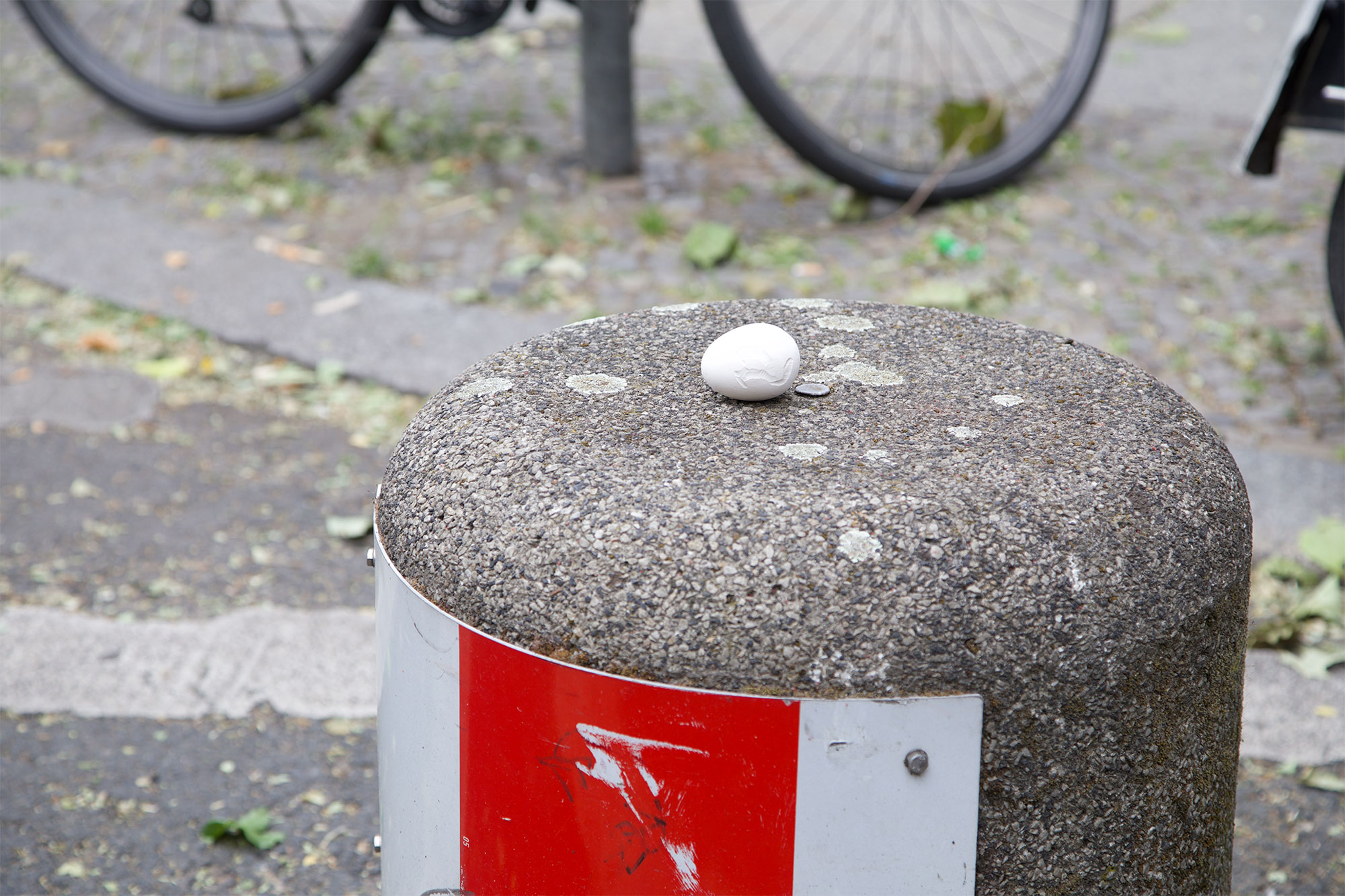 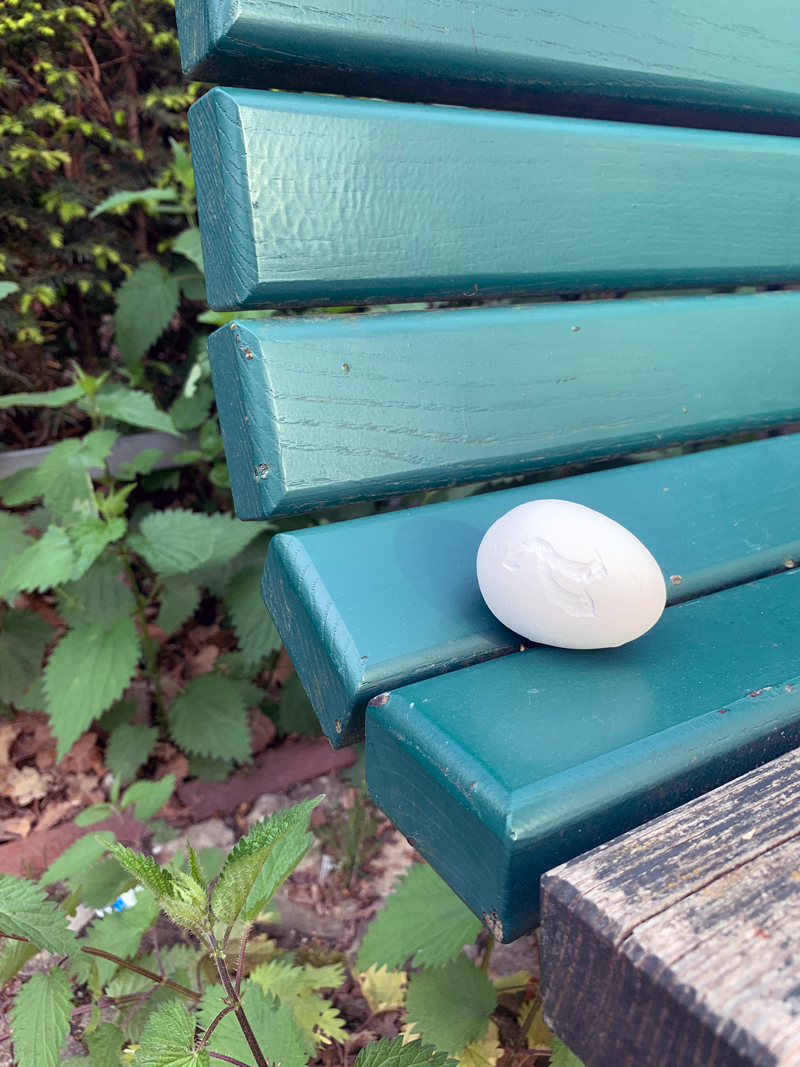 Twelve eggs are distributed across a park stretch where they lay around as if they‘d just been forgotten. The plaster casts are engraved with the letter y, borrowed from a French medieaval Apocalypse Tapestry. The set is replenished from the stock regularly until all the eggs are gone.
Can I take this? The sculpture Finders keepers nudges passers-by to inspect it, provoking a consideration of the social rituals and personal affects of property and extractivism. The idiom 'finders keepers' means that something which doesn‘t appear to be owned may be reclaimed, frequently implying that it hasn‘t been watched carefully enough by the previous owner and is therefore snatched away. But doesn‘t an egg belong with the chicken that laid it?
As eggs without origin or brood, lifted items turn engaged finders into part of their material formation. 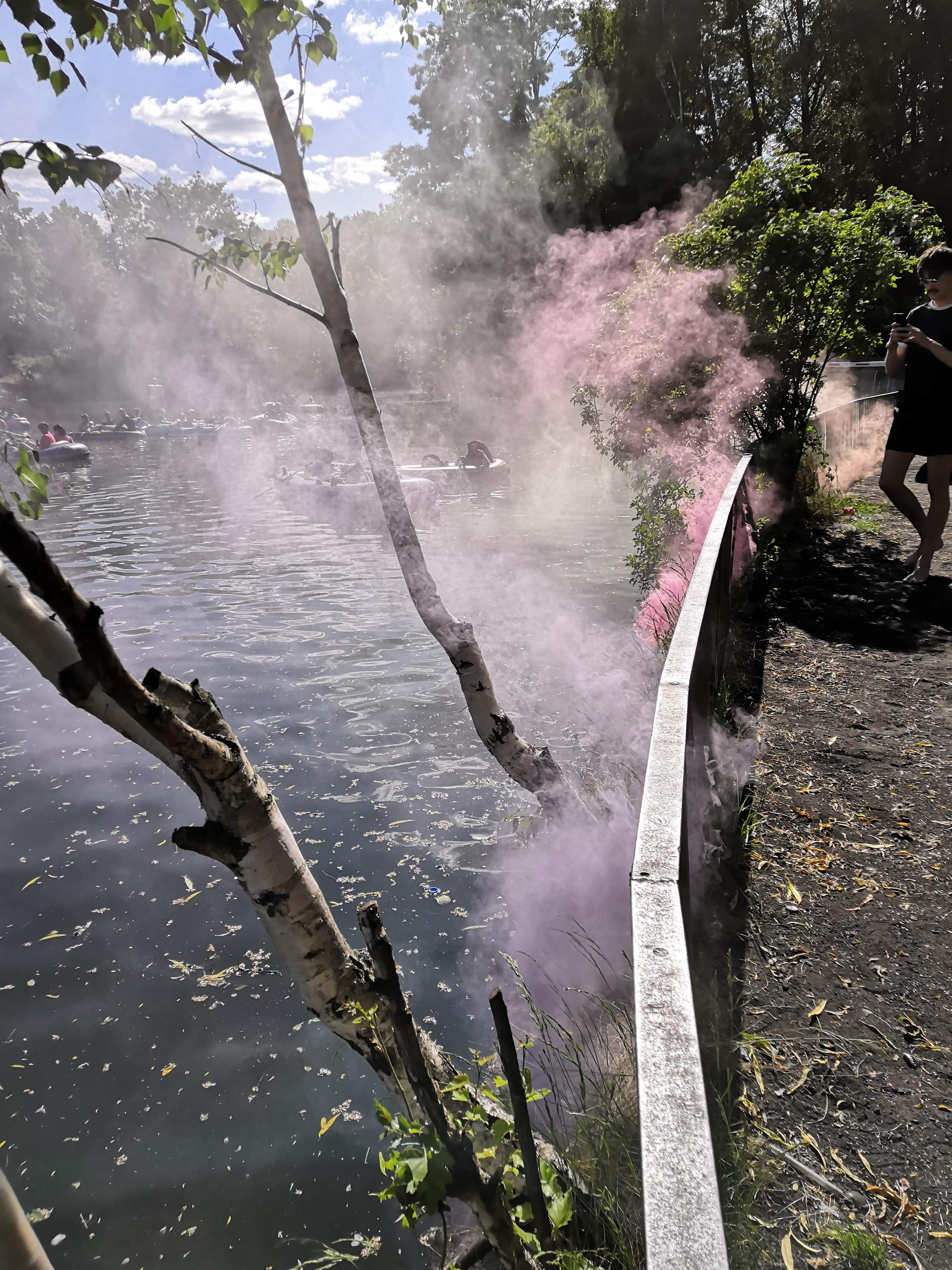 A short durational 'happening' guided by the whim of nature. 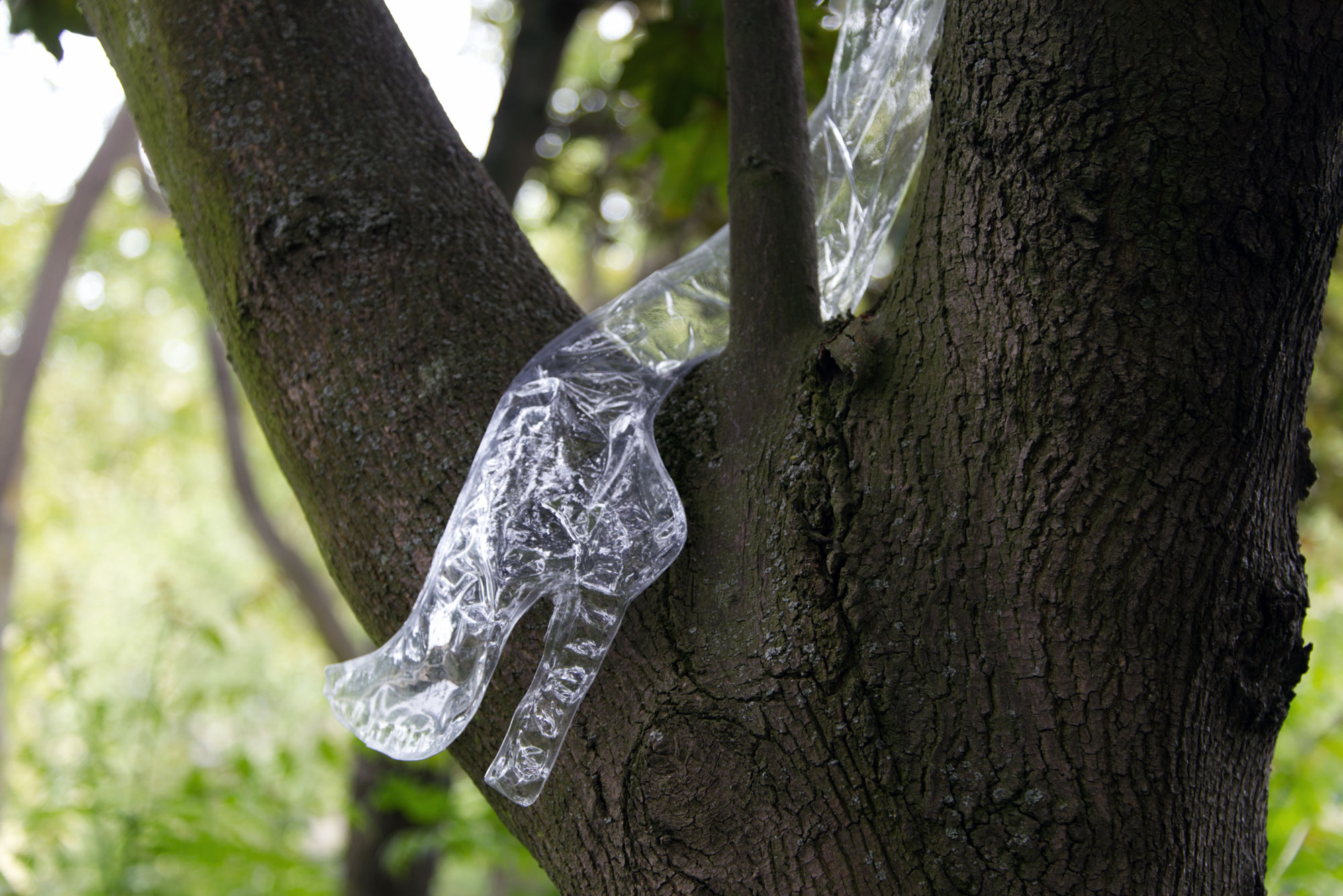 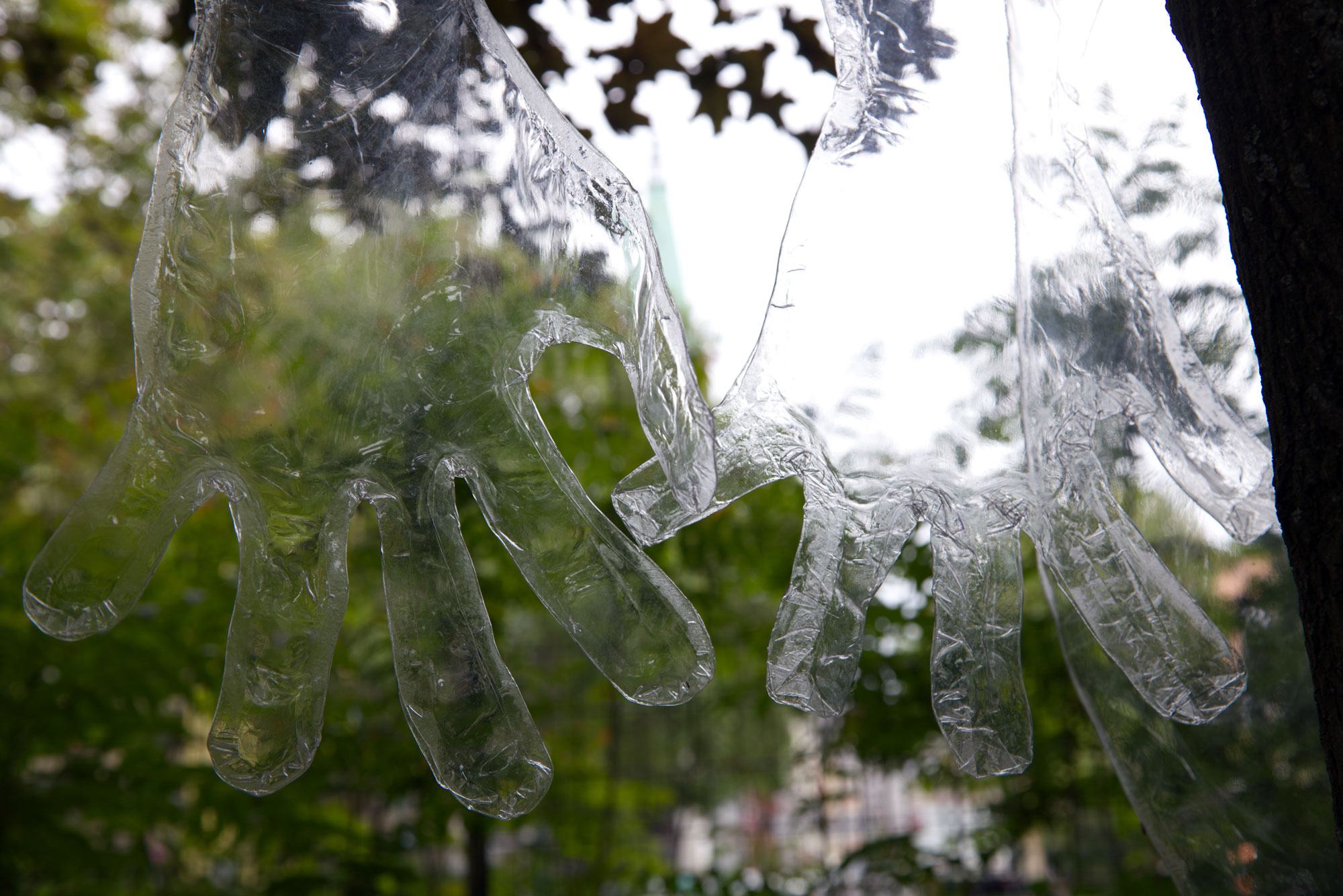 Located at "der Nabel Berlins" (the bellybutton of berlin) 'Becoming With' twirls seductively around trees, leaves and other creatures… like a ghost that never left its place, remembering that last action. Expressing a gesture of something that can’t be tangible at the moment, but we know is there, so close.
While intertwining across the observer's view the artificial caresses suggest to the seeker to join in that jumble of actions, not without asking before the roll they play… is it a mutualist or parasitic relationship? 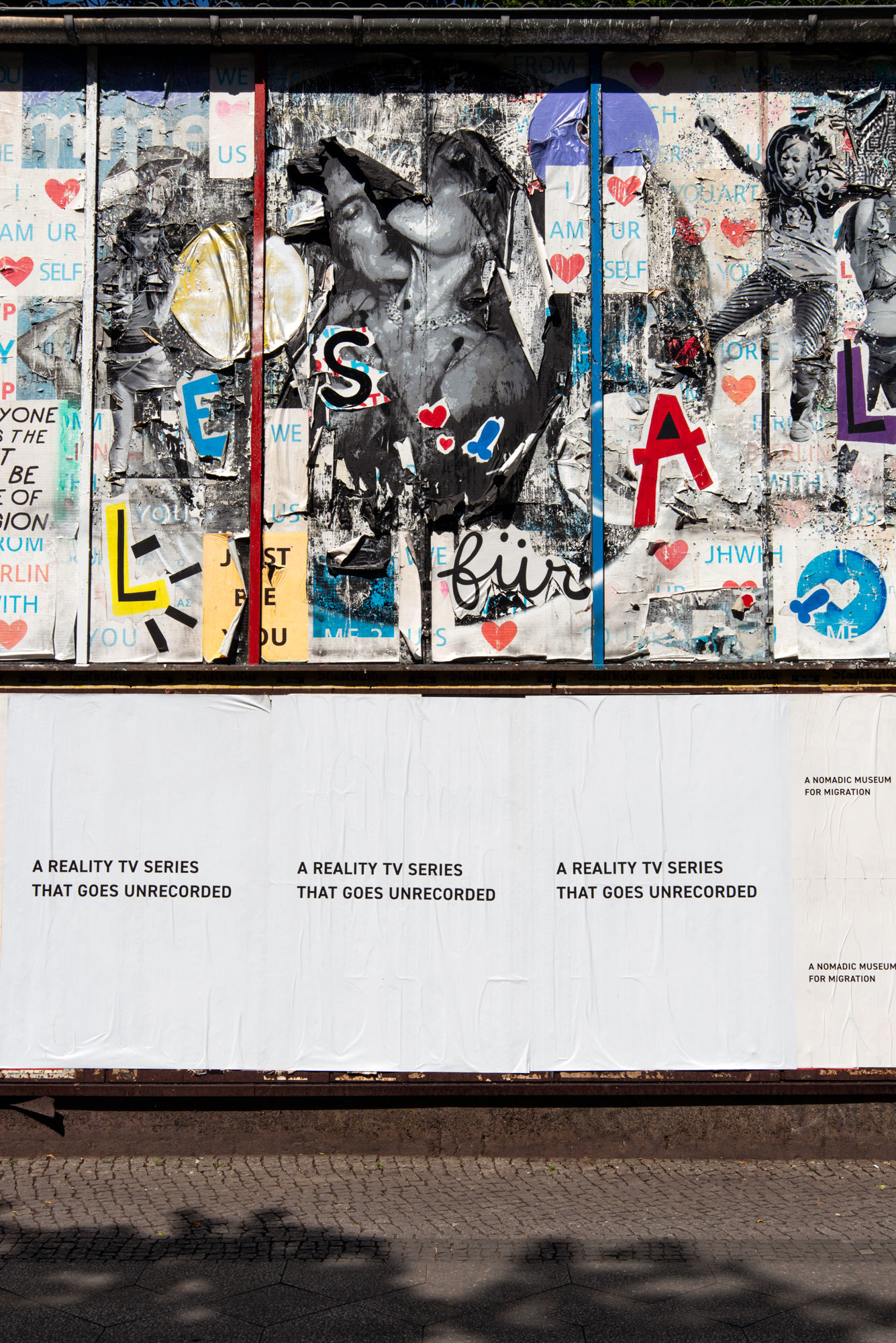 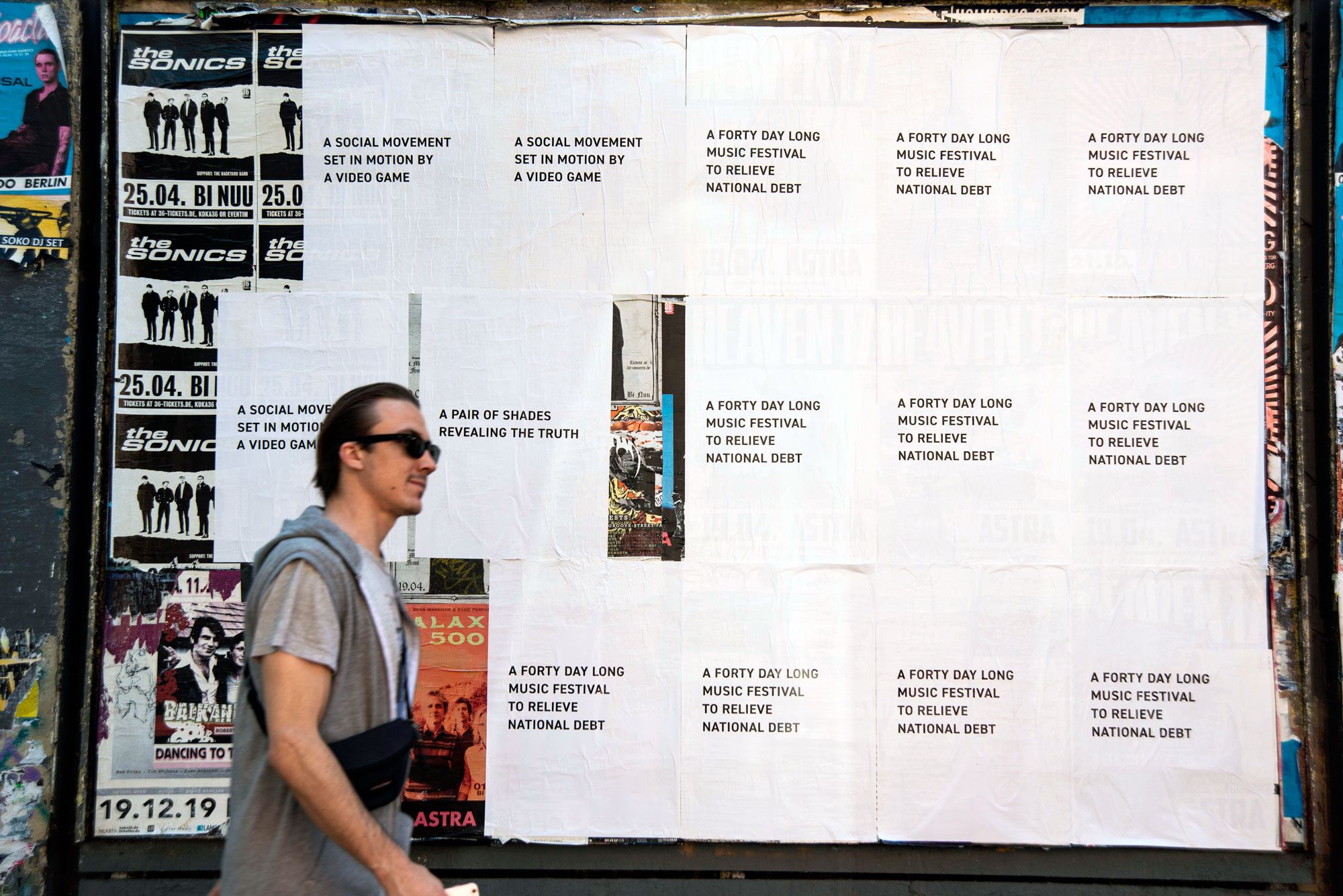 Is your screen smoking and just won’t quit? Bring it to P&K! They will fix you up with one so clear that you’ll forget it’s even there. Enjoy the sights and be careful not to bump your nose! 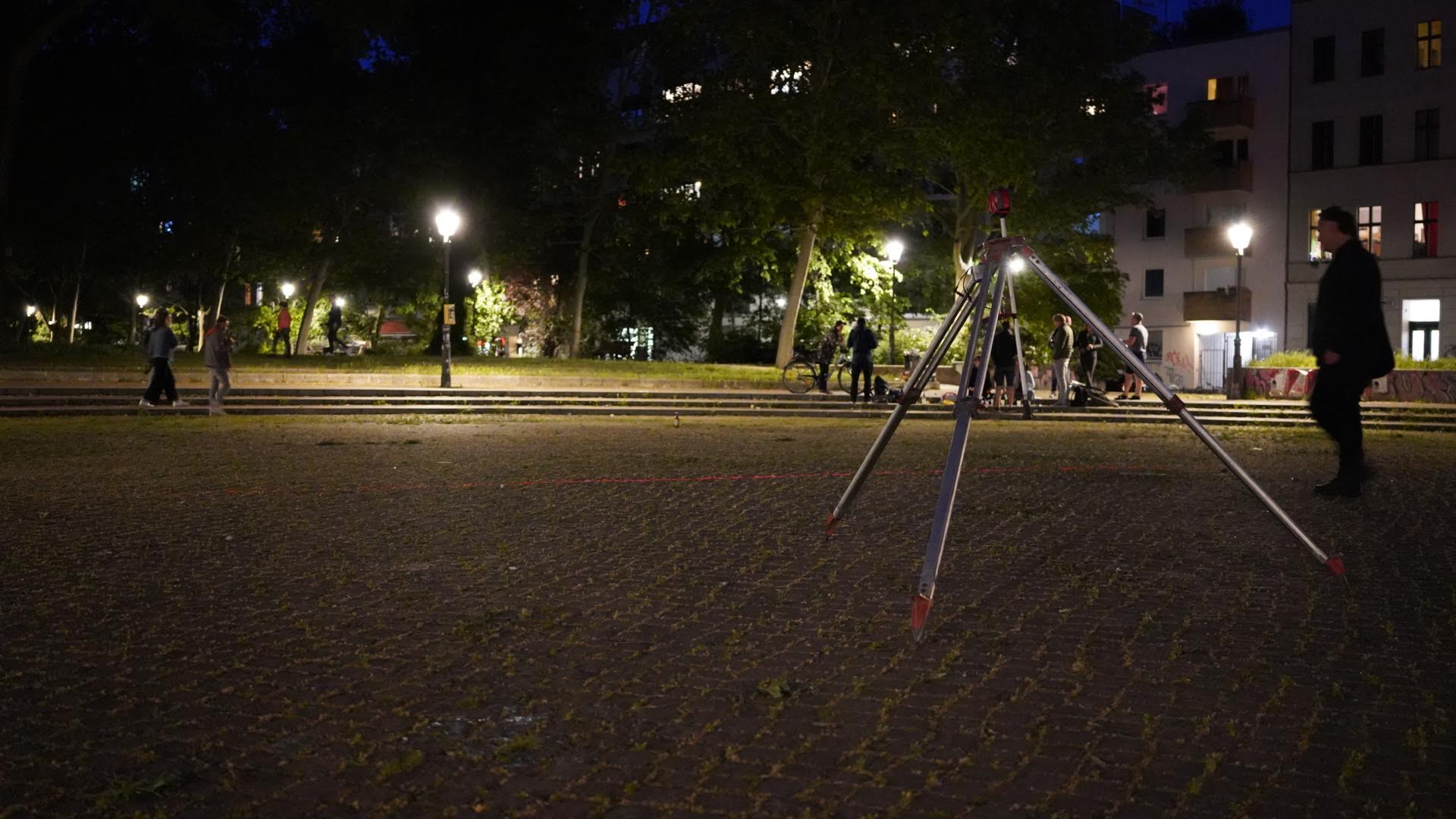 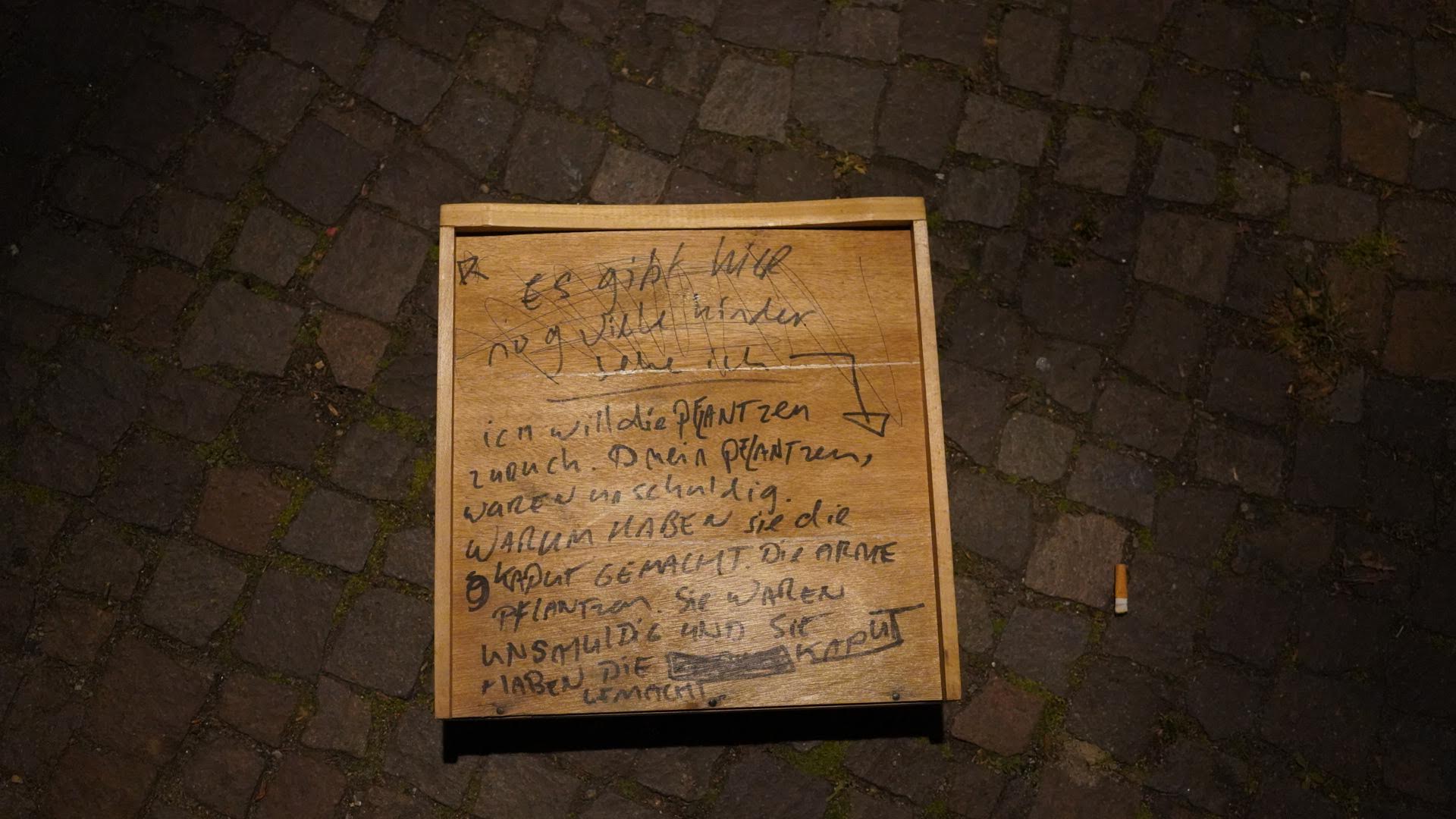 
you may join me’


Red line Round square was installed at Mariannenplatz, Kreuzberg after Quarantine as part of “The Forage” public space exhibition, and invited the public to experience the square in a social political context. An invitation to join me for a walk around the square has activated the sphere in which relations in movement formulated the experience of the participant and the viewer, using 3 additional elements:
- Kinetic laser beam sculpture: a repetition of a moving red laser line in the center of the square.
- Sound: played, recorded and edited sound of a public space and the voice of its homeless habitant.


- Found object: a wooden drawer that was left in the square and was used during my research by the homeless habitant of the square, as a place to seat on. It is unknown if he wrote the text on it or not. 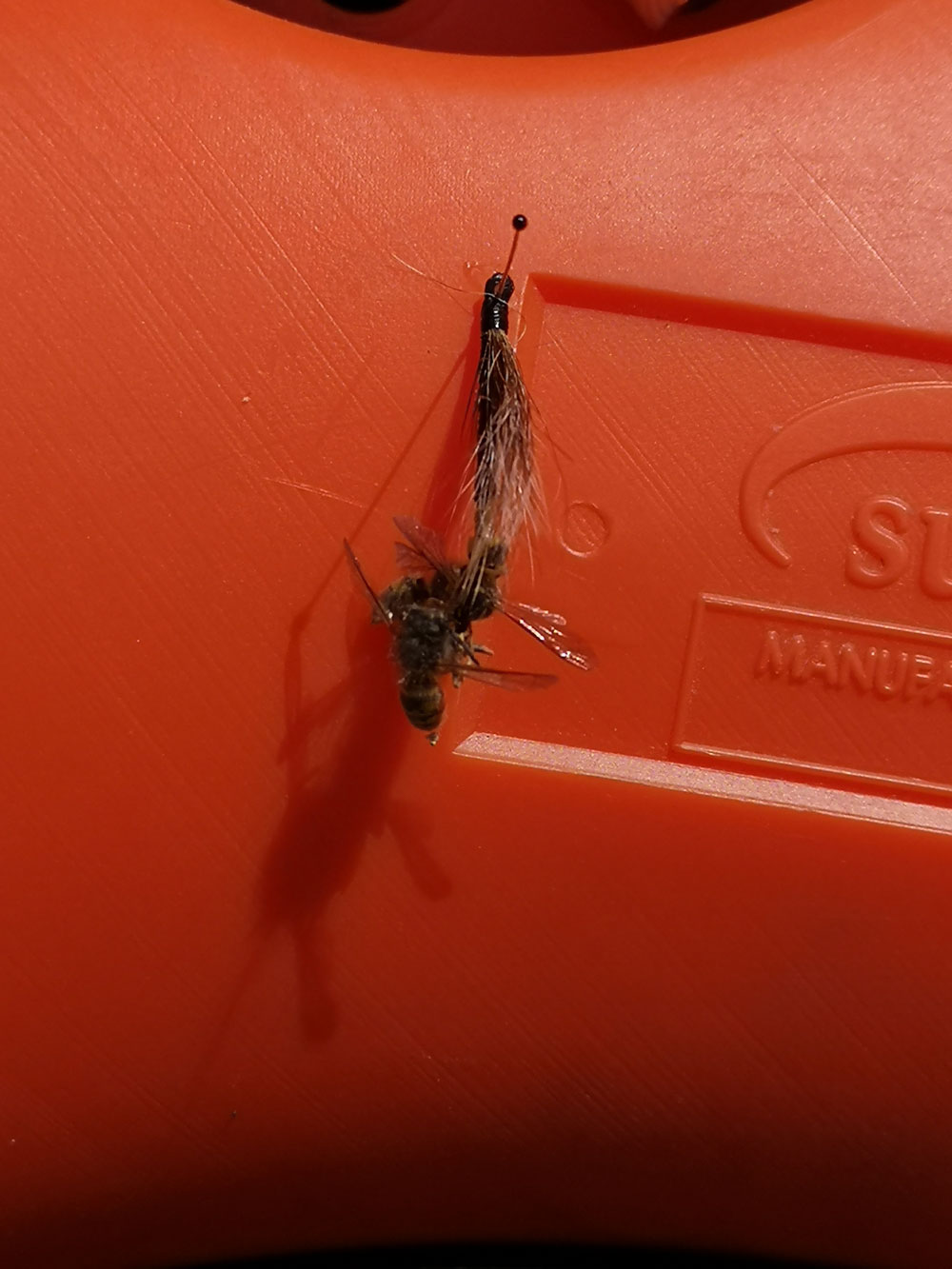 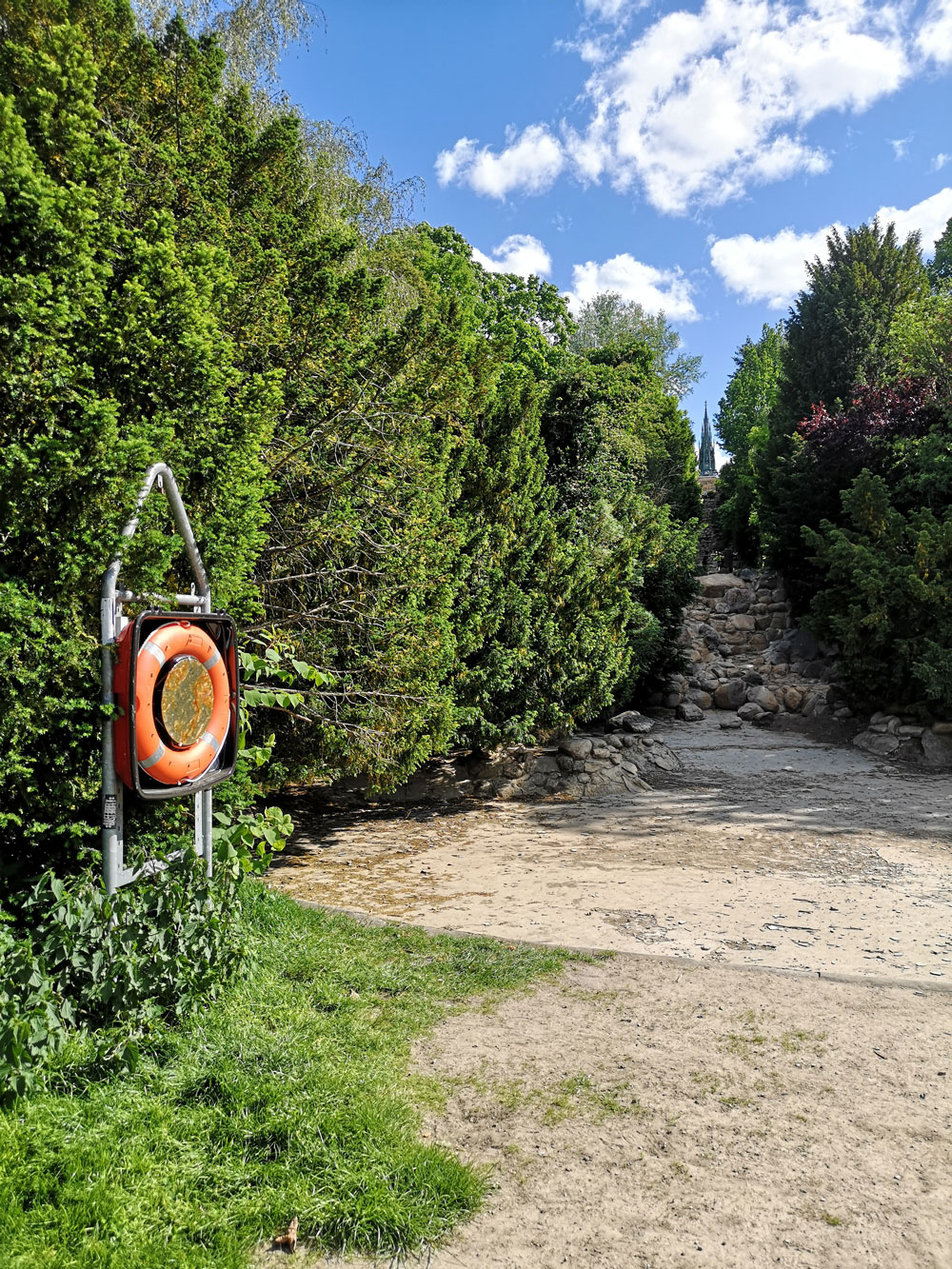 You have to leave now, and never come back here. Have you ever heard of insect politics? Neither have I. Insects... don't have politics. They're very... brutal. No compassion, no compromise. We can't trust the insect. I'd like to become the first... insect politician. 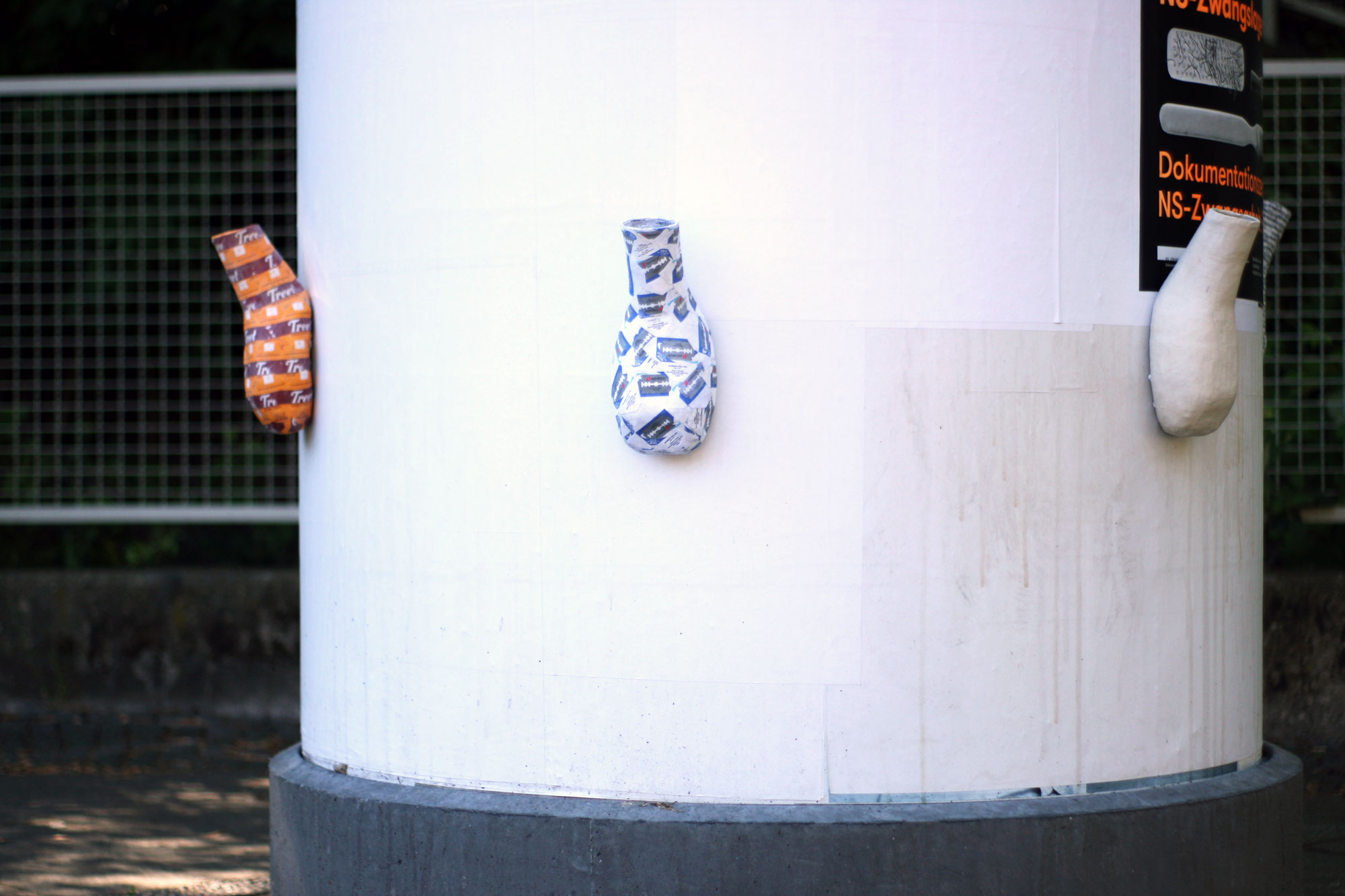 Using paper mache versions of disposable pulp cardboard male urine bottles commonly used in the NHS, Fullers, Tuckers & Walkers ties two strands of Mark's practise together; the use of puns, in this case a crude pee collecting reference to the history of his family name and his recent set of work referencing hospitals and injuries.